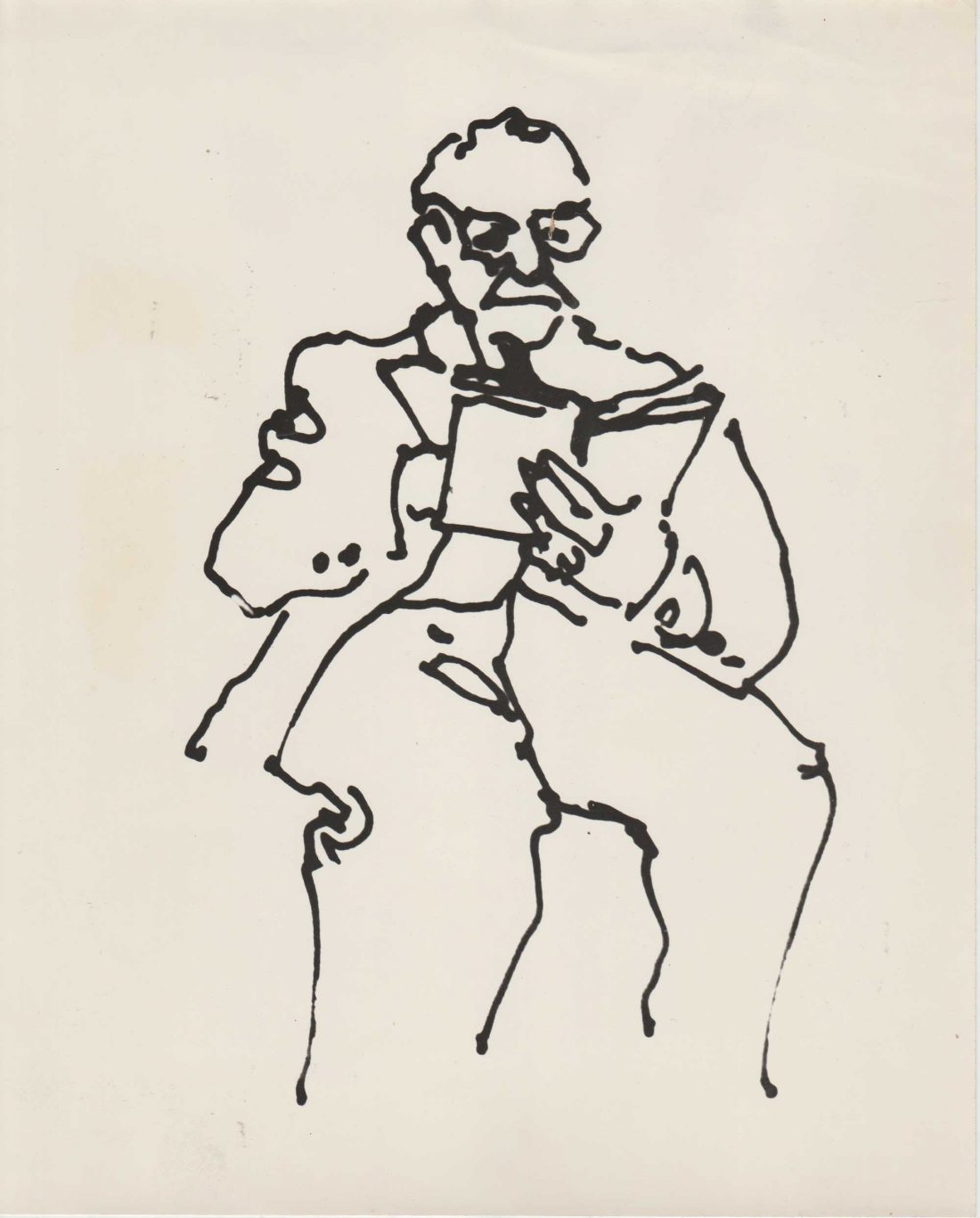 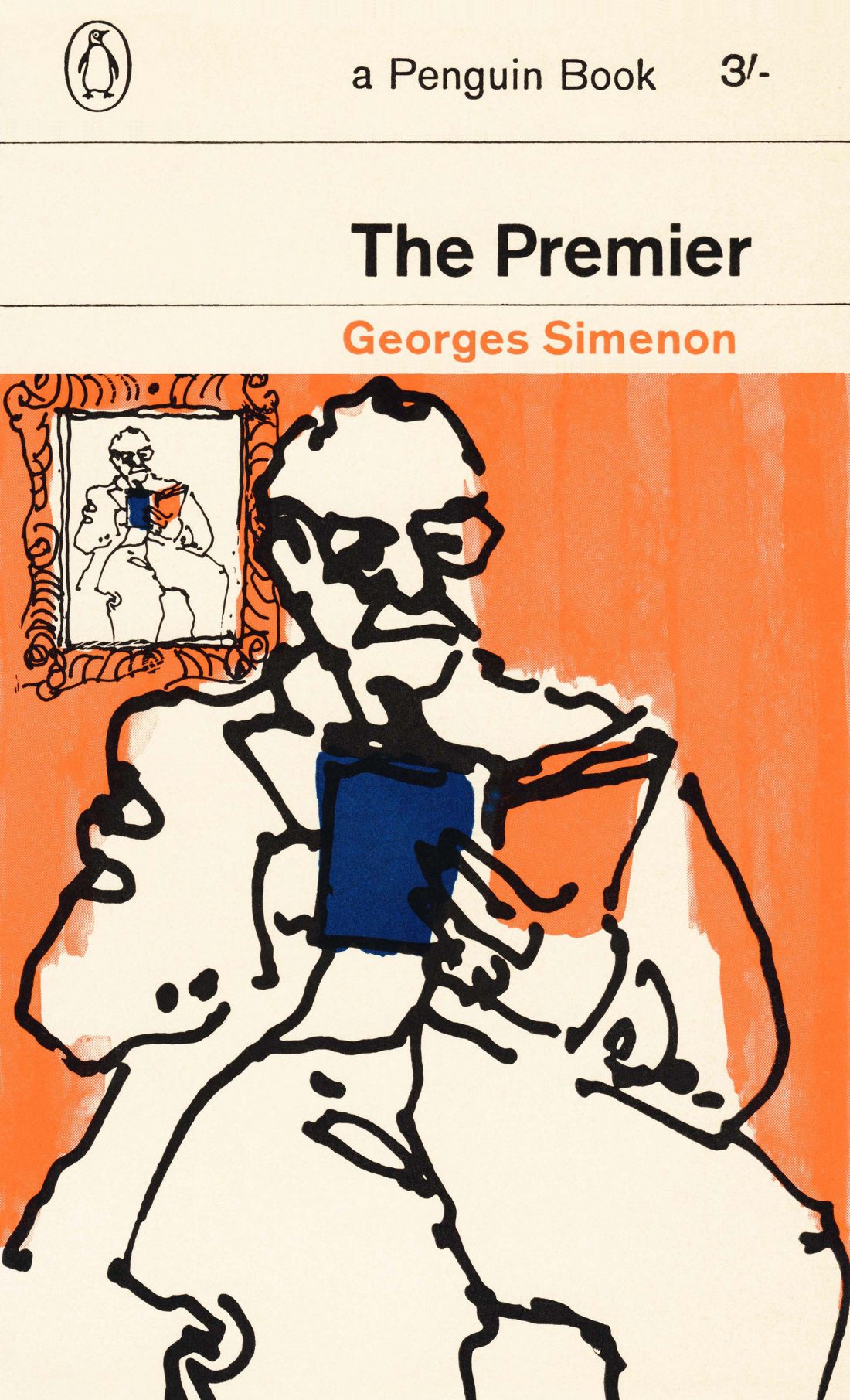 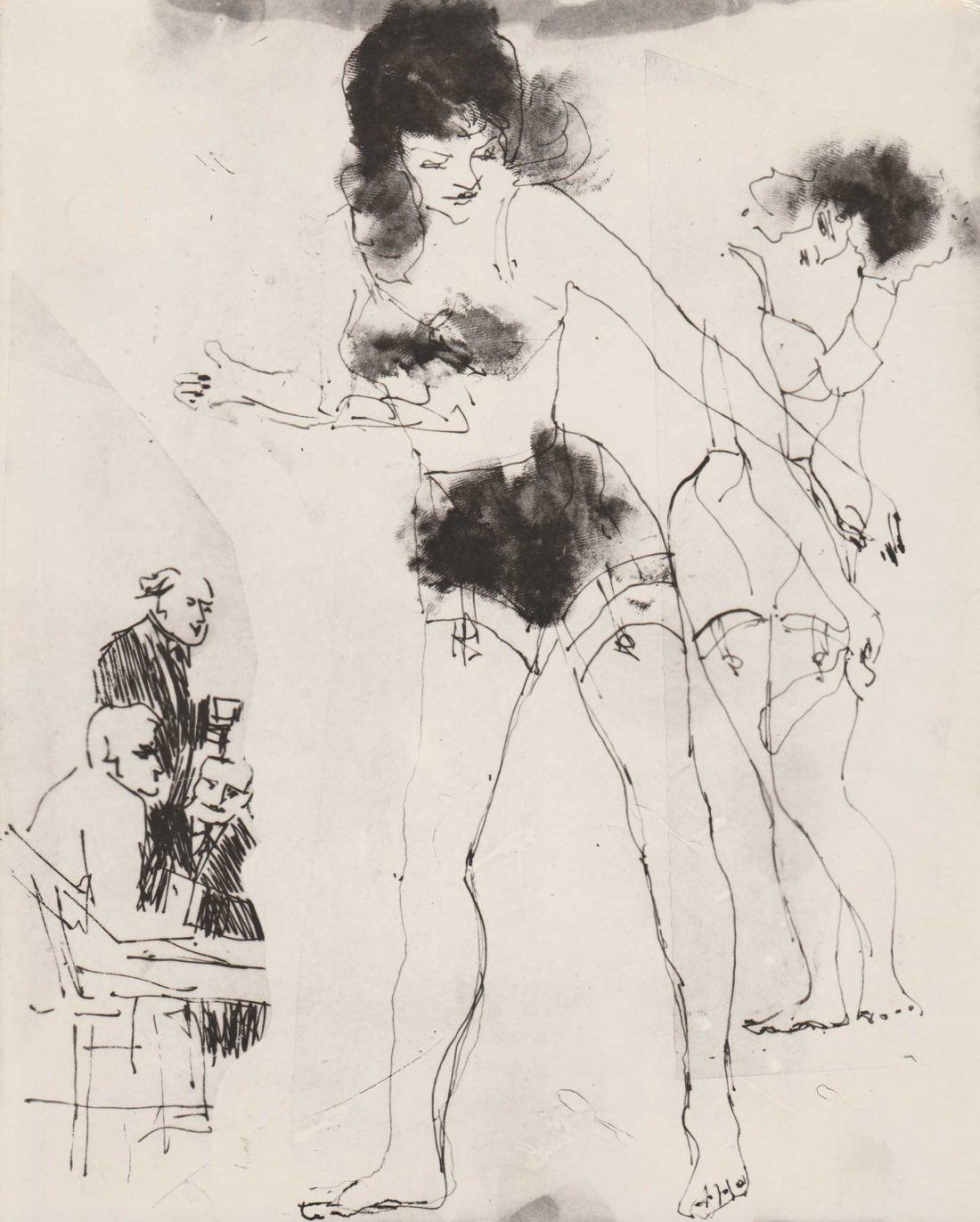 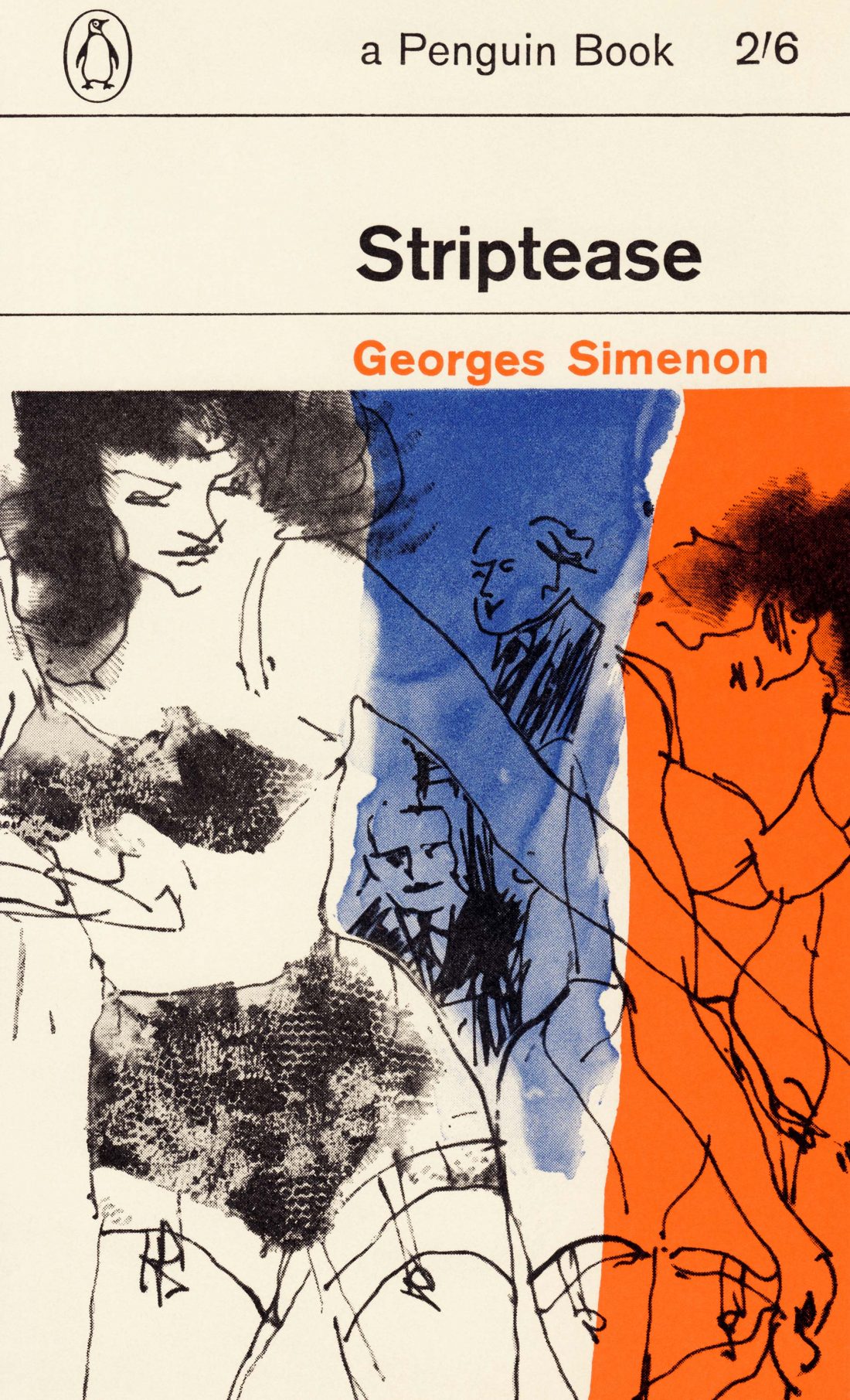 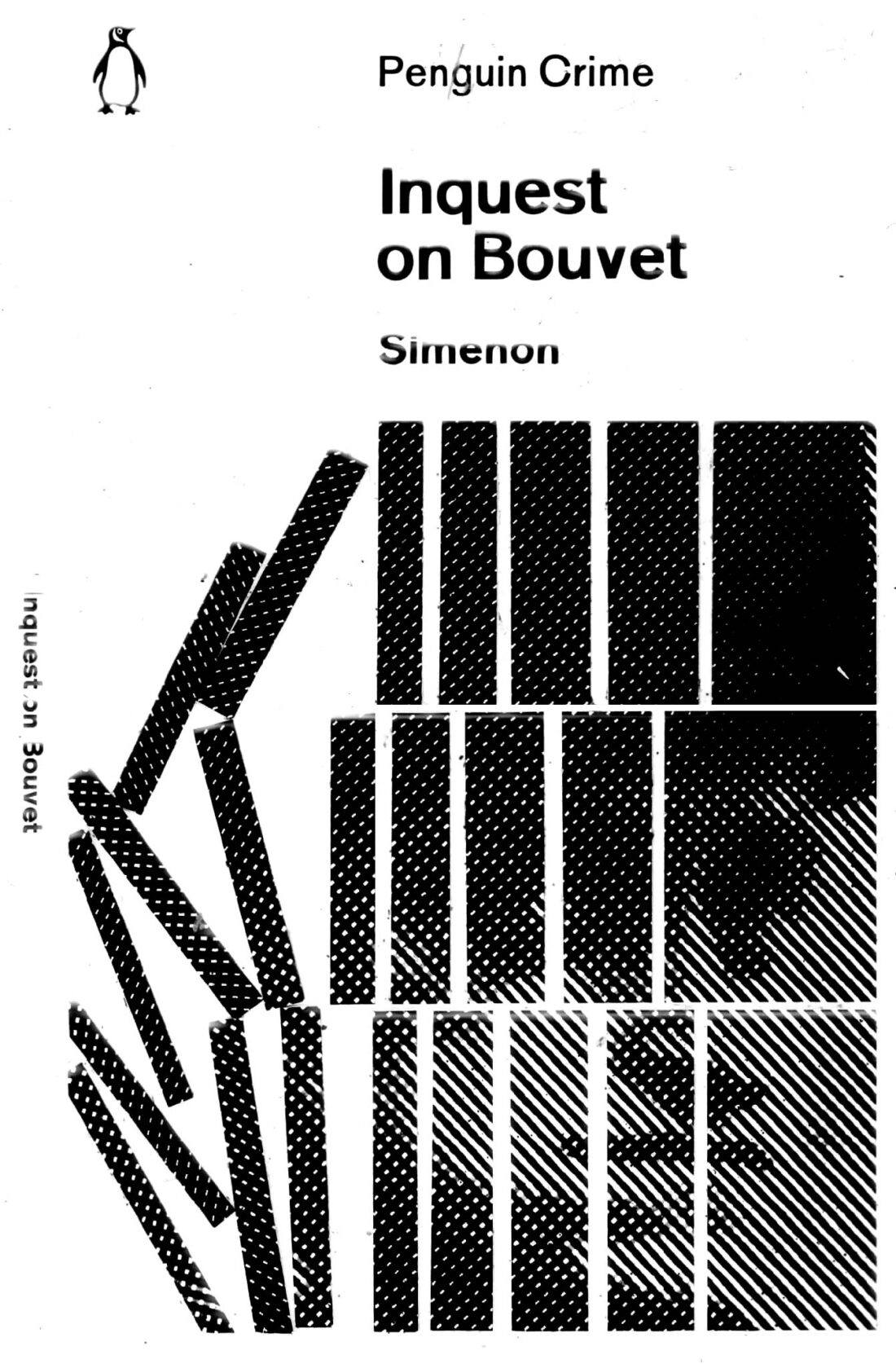 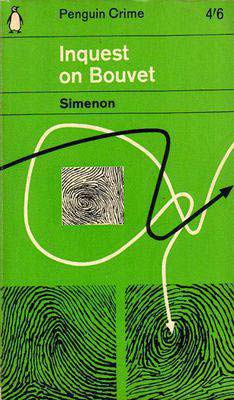 This placed me in a quandary, for if I created the same bold images for Fiction as I did for Crime, the Fiction covers would look like Crime, the only difference being that the dominant colour of ‘Crime green’ would be substituted by ‘Fiction red’. I did some experimental roughs and opted for drawing…As the novels are set in France, I used the white of the paper, the red of the fiction covers, and the additional blue colour to suggest the Tricolour, the three-colour French flag. I was uncertain as to Penguin’s reaction to those Simenon covers; the response I got was: “Can we have the artwork as soon as possible?”