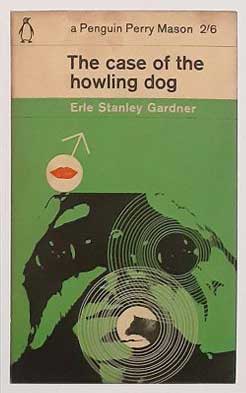 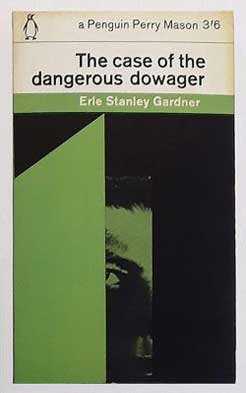 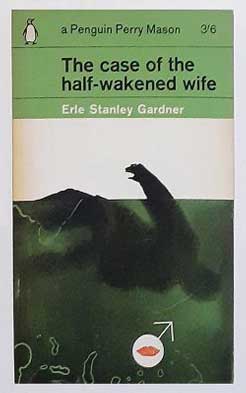 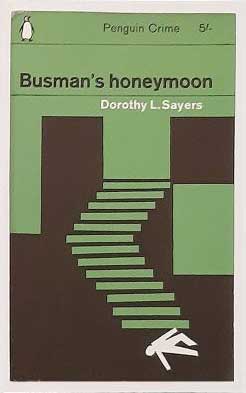 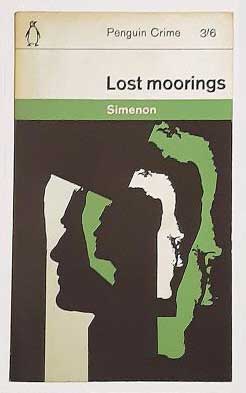 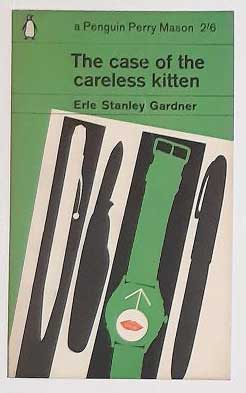 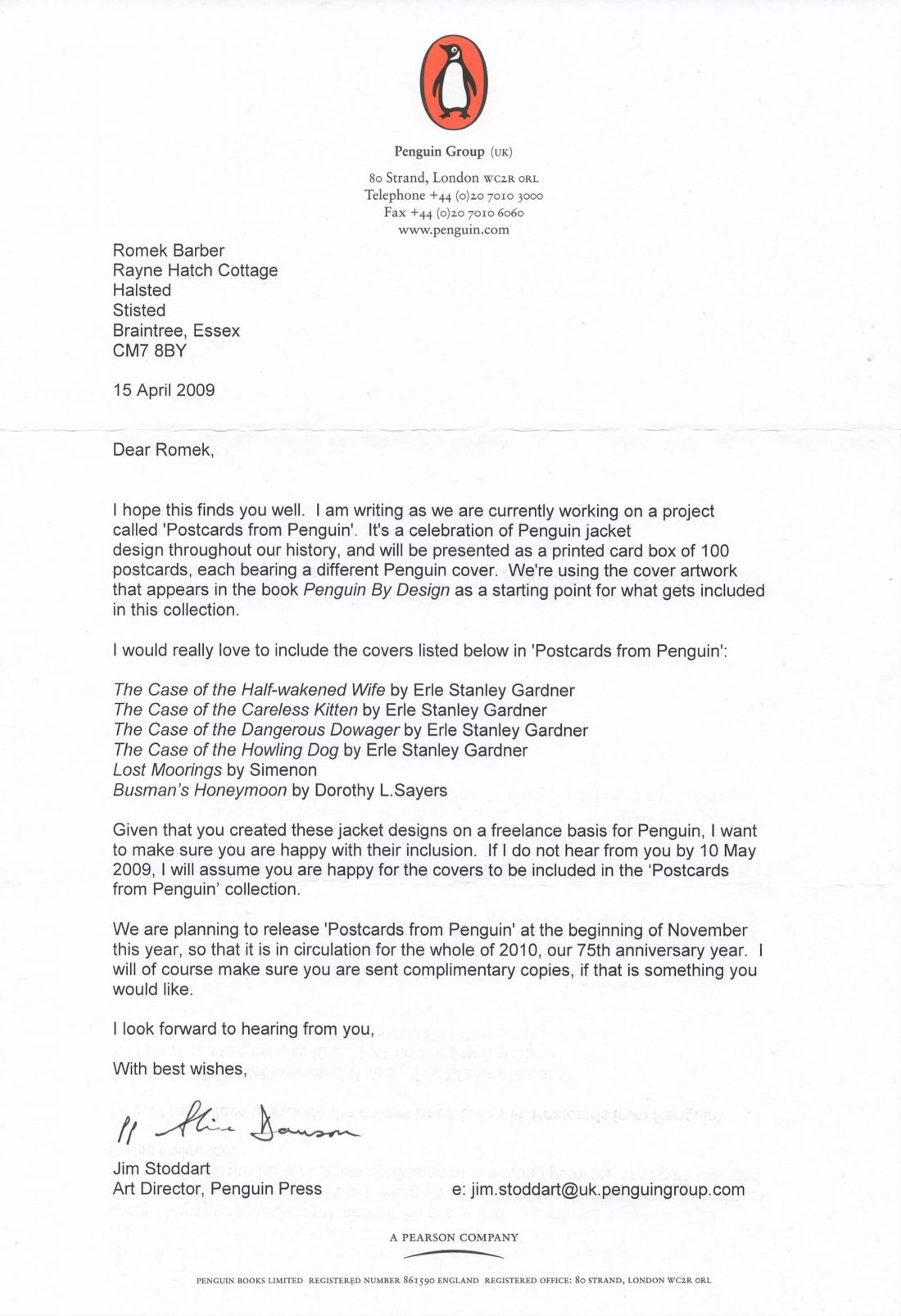 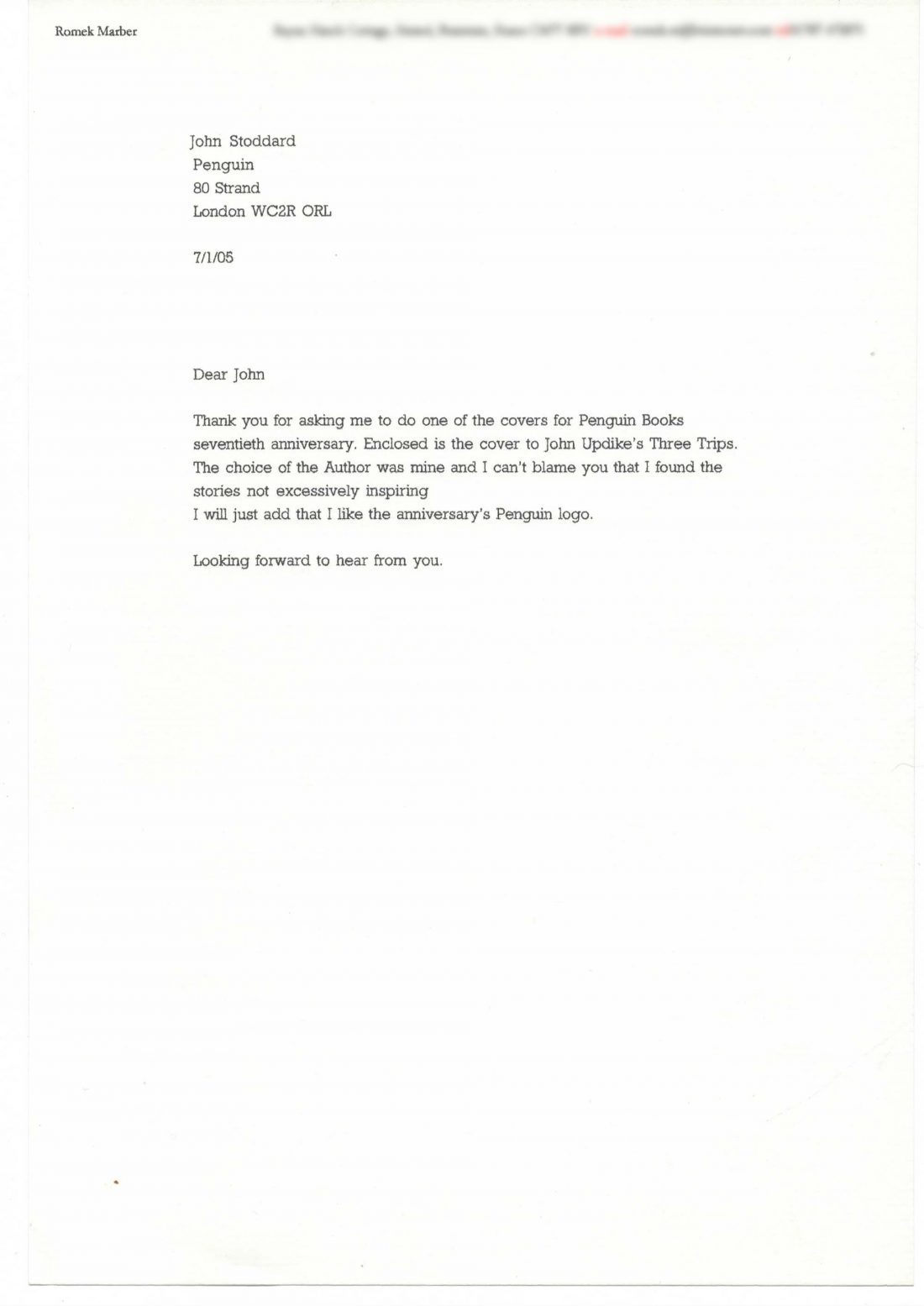 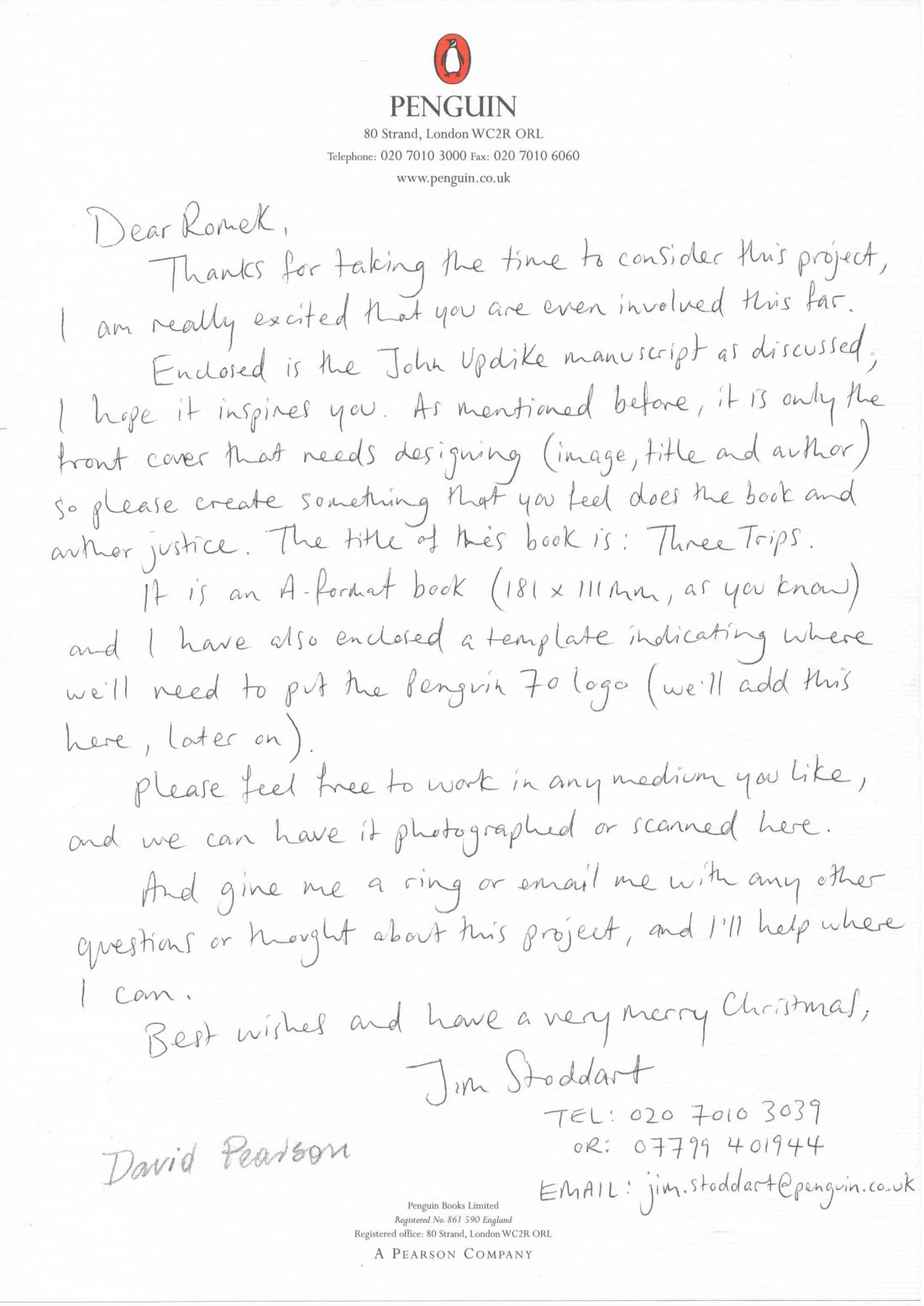 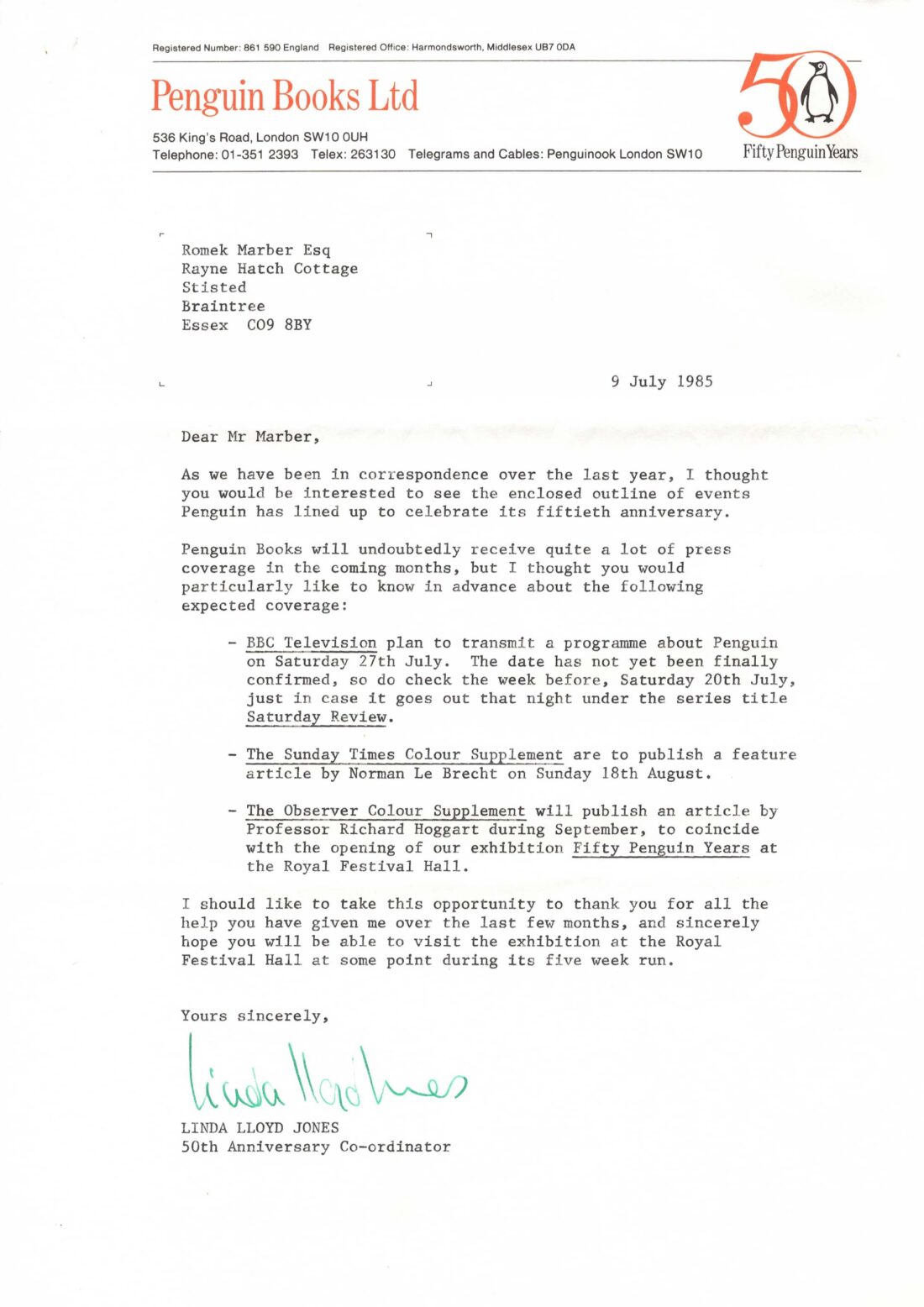 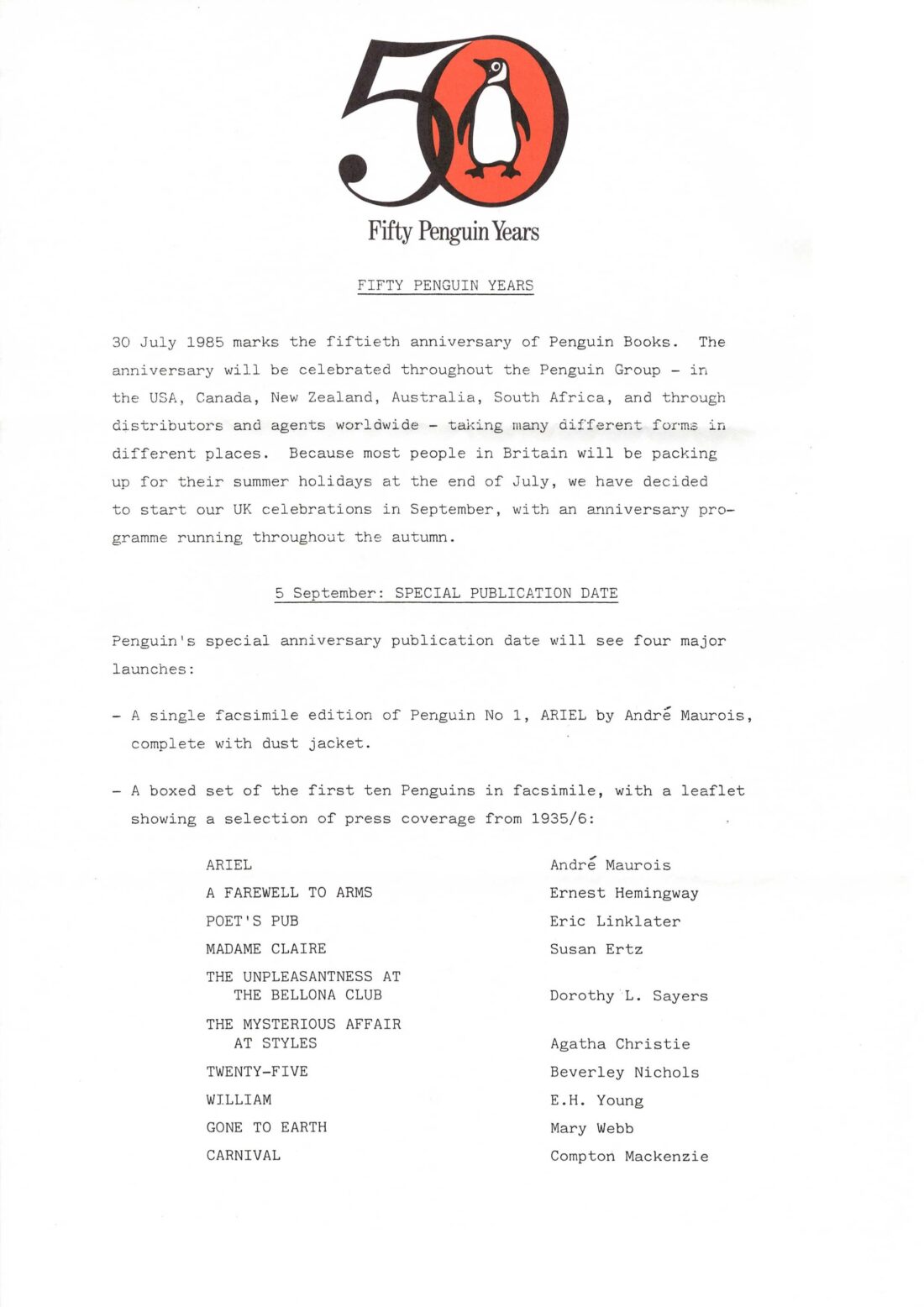 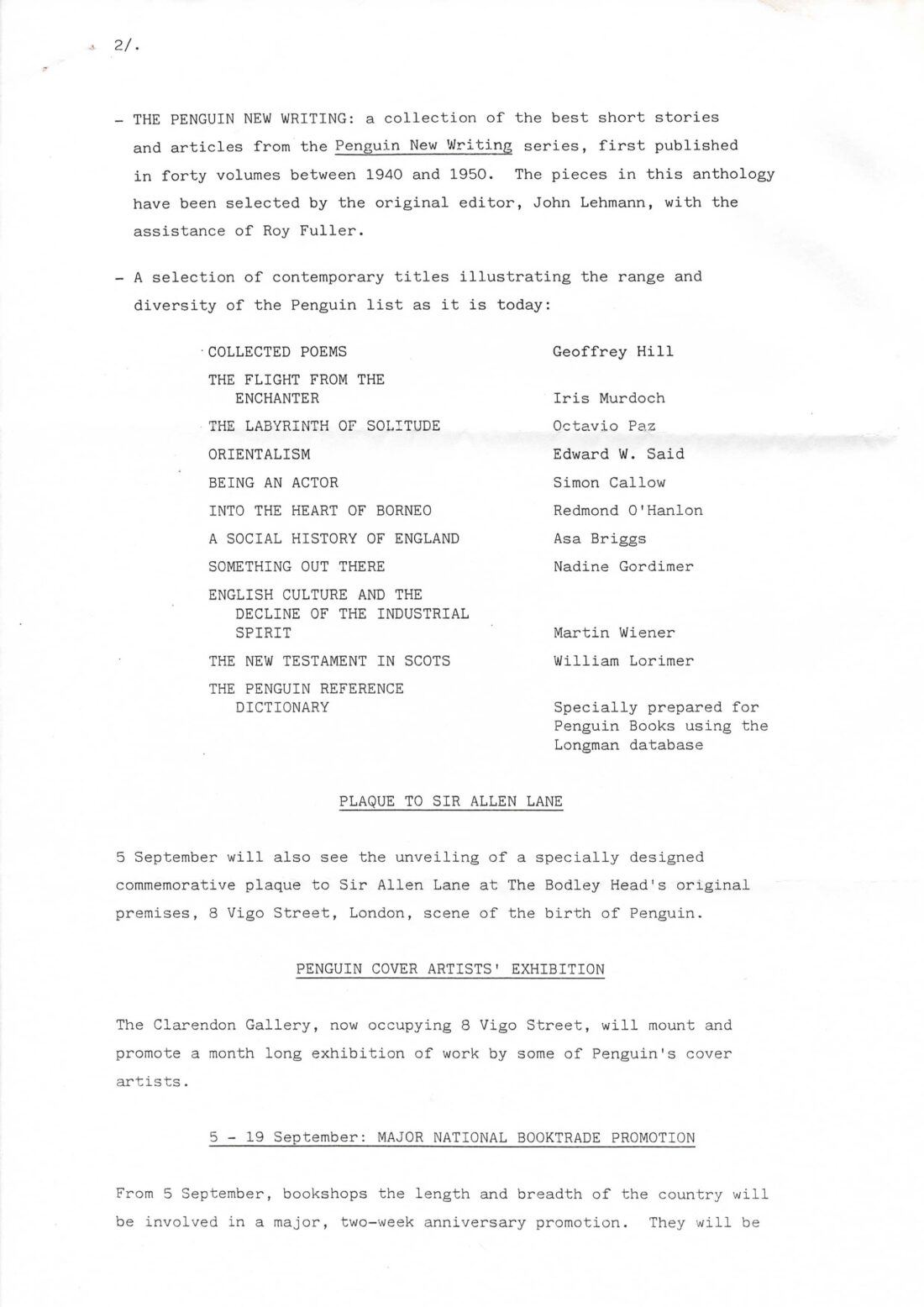 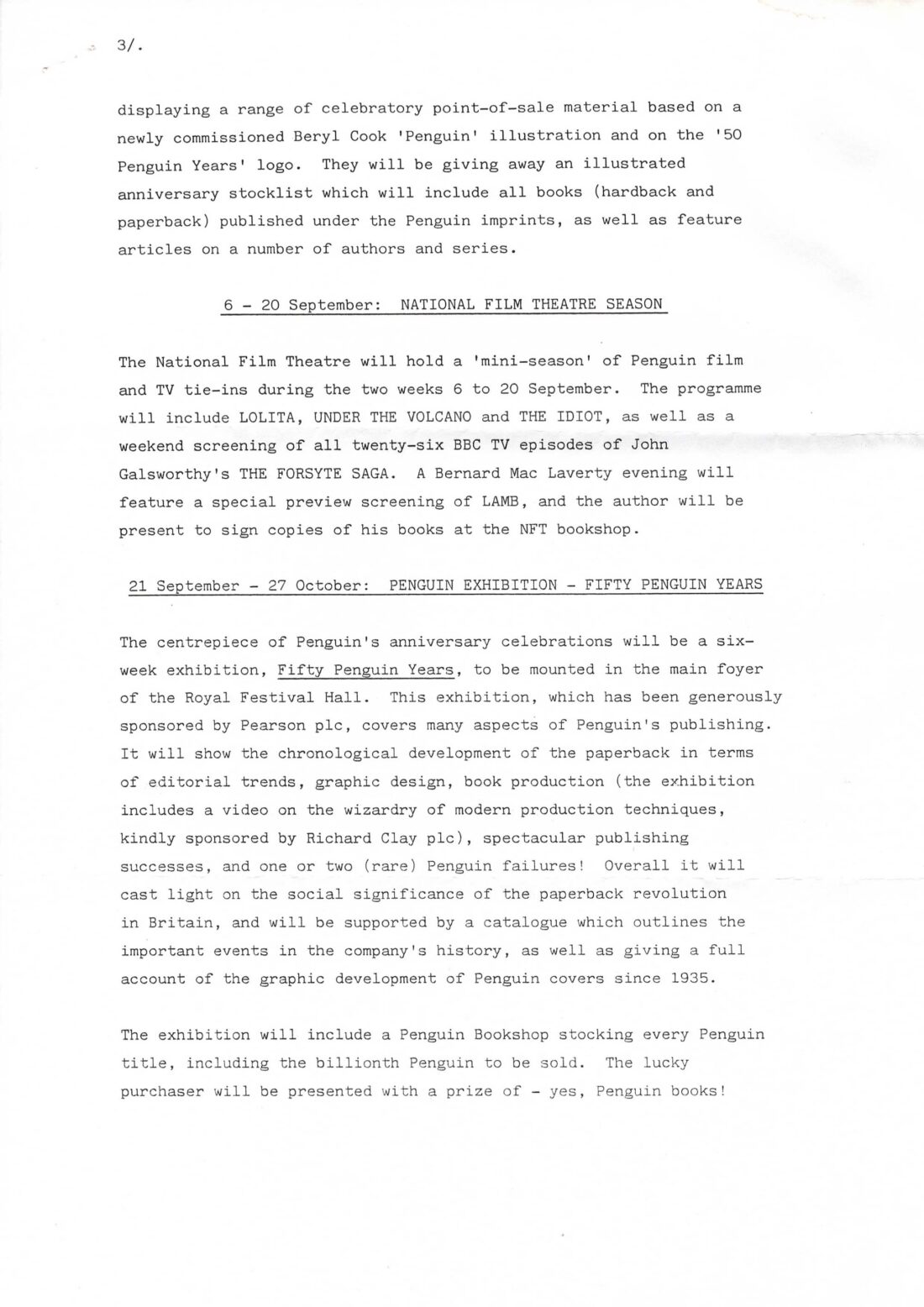 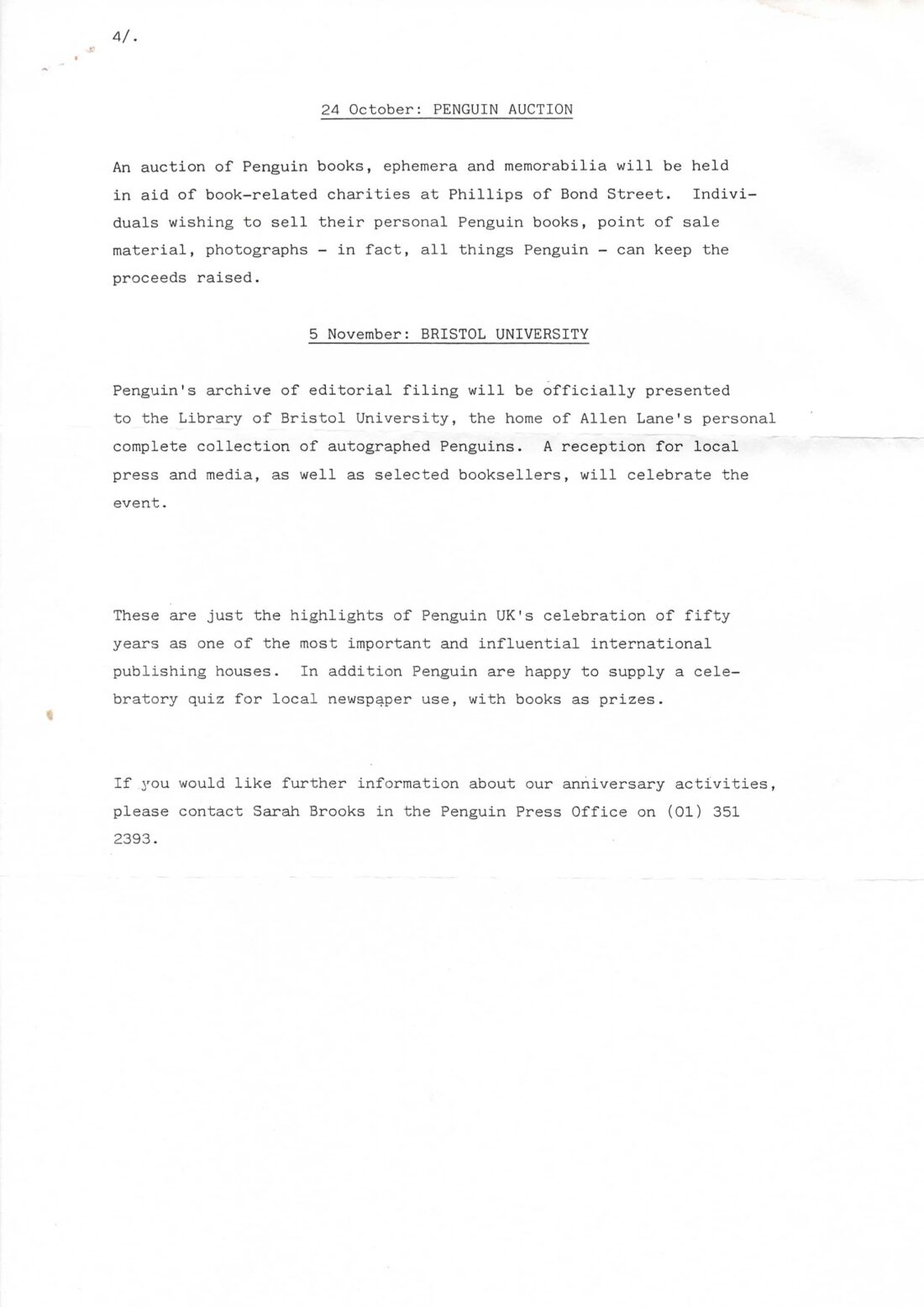 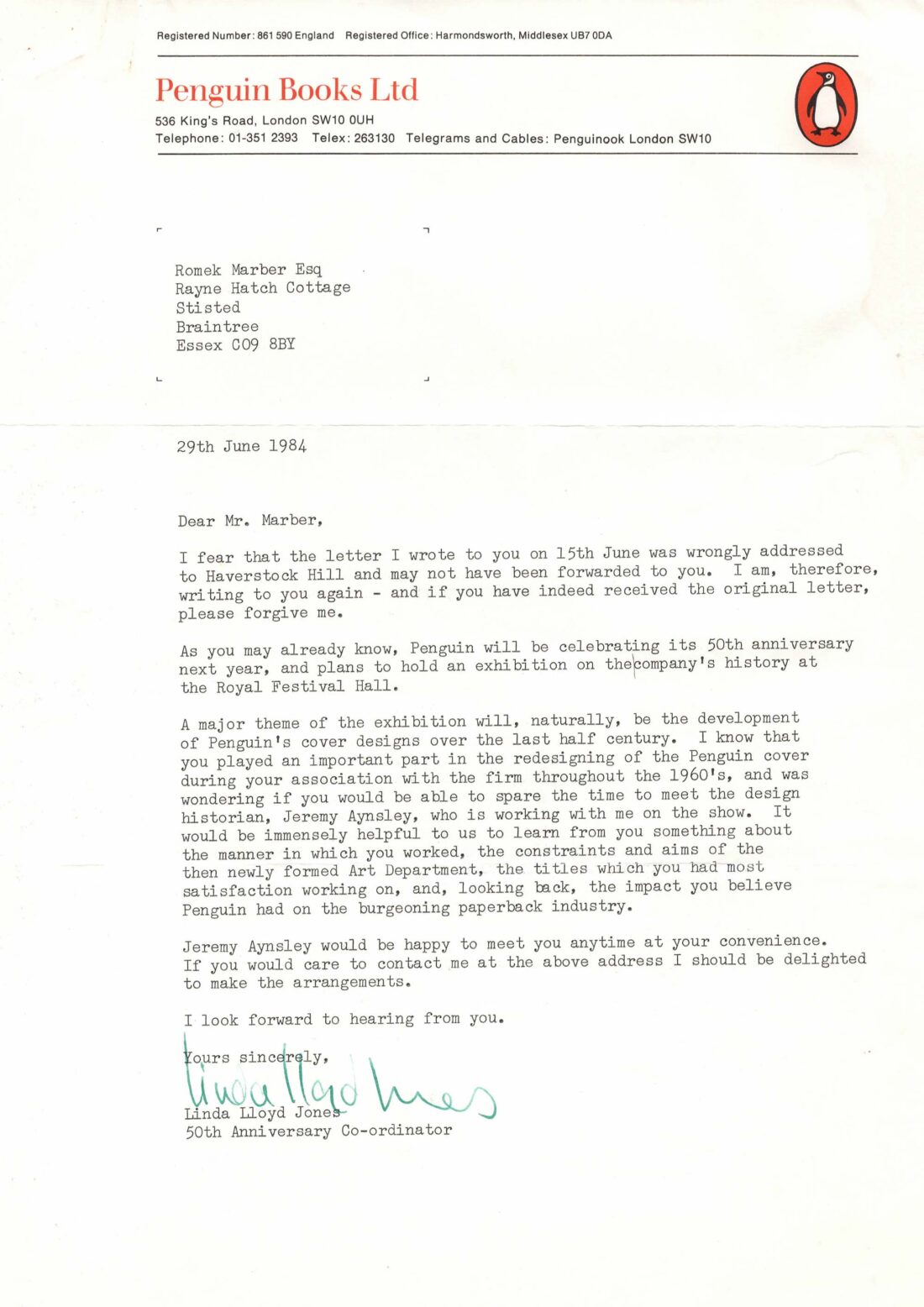 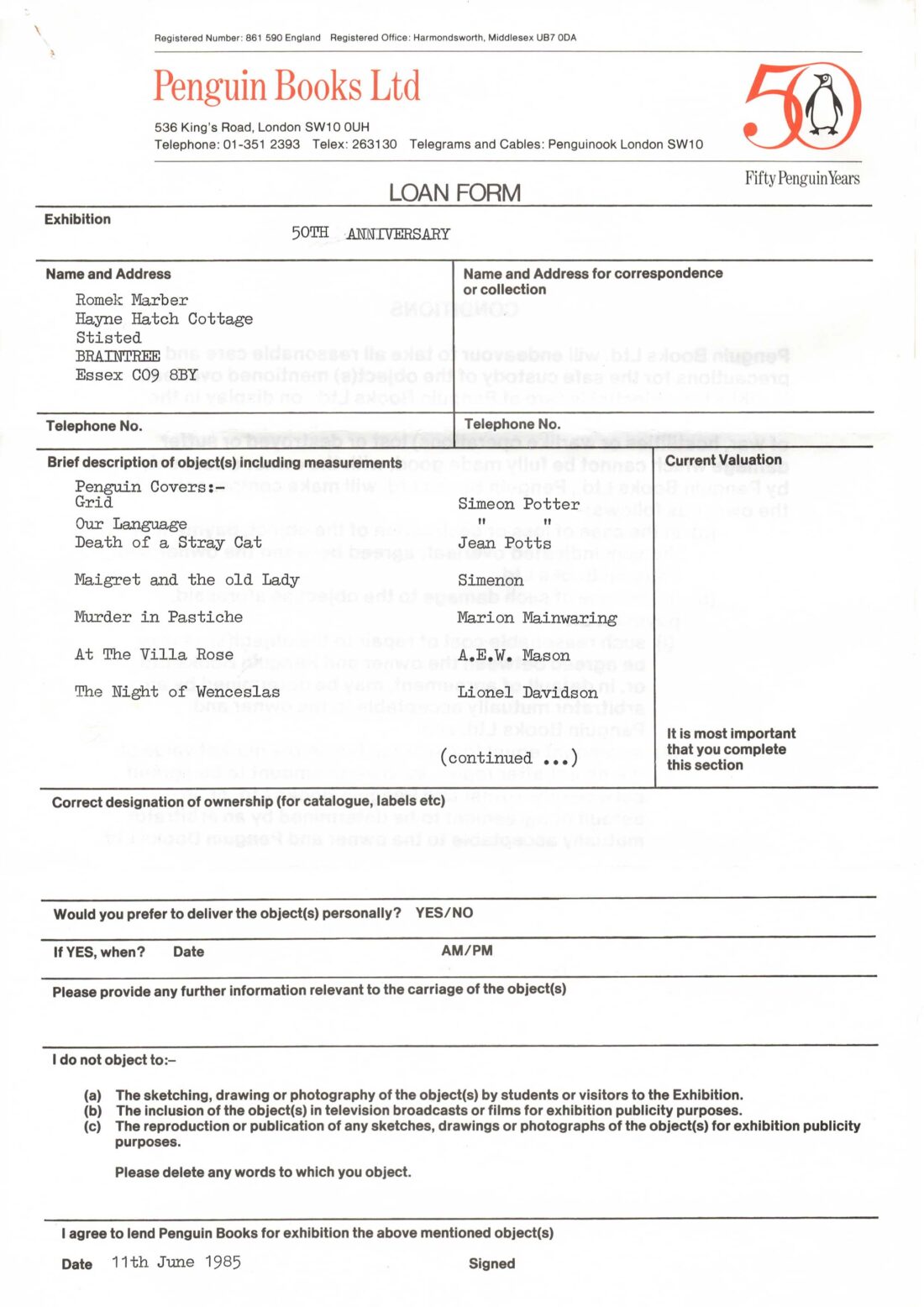 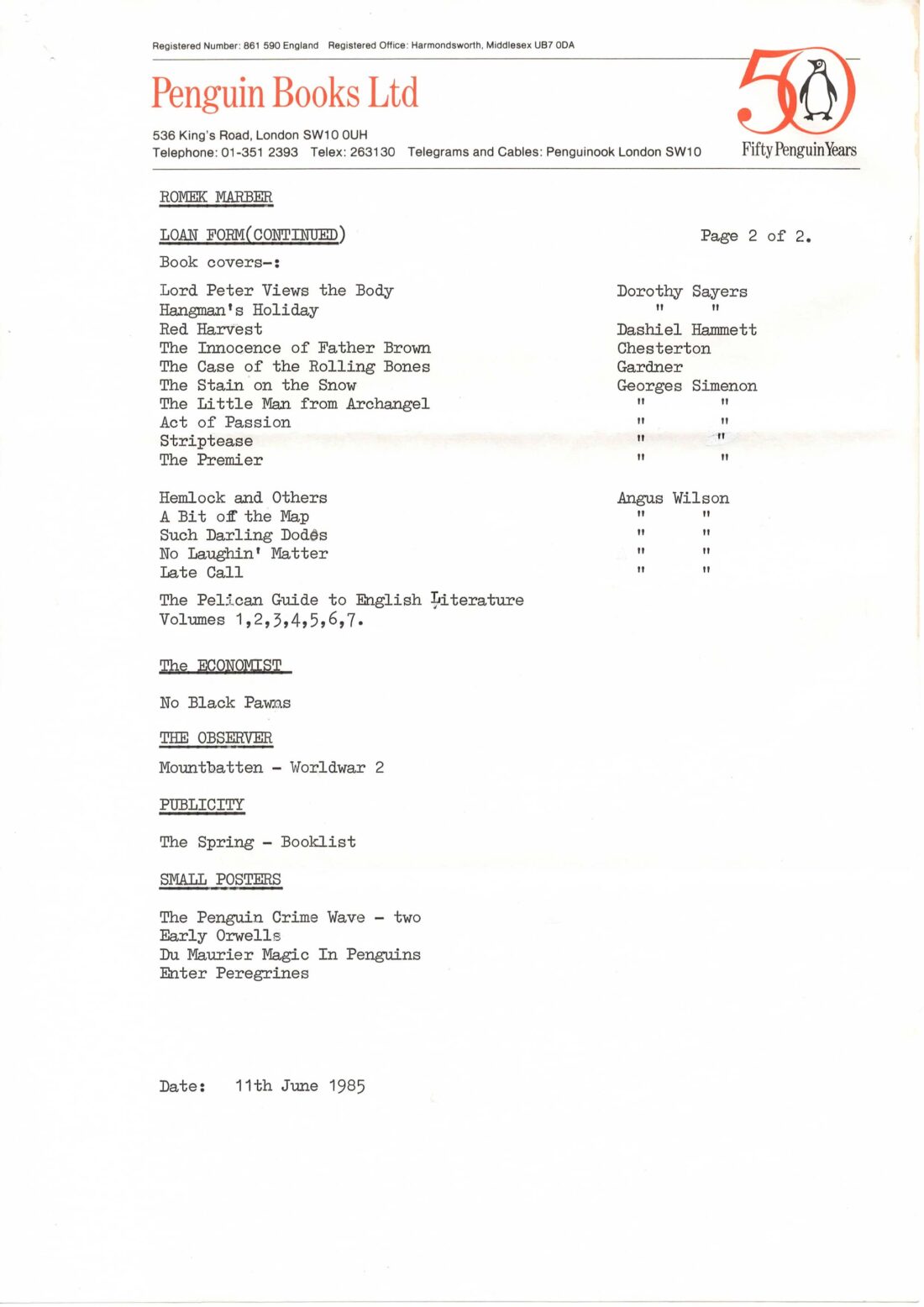 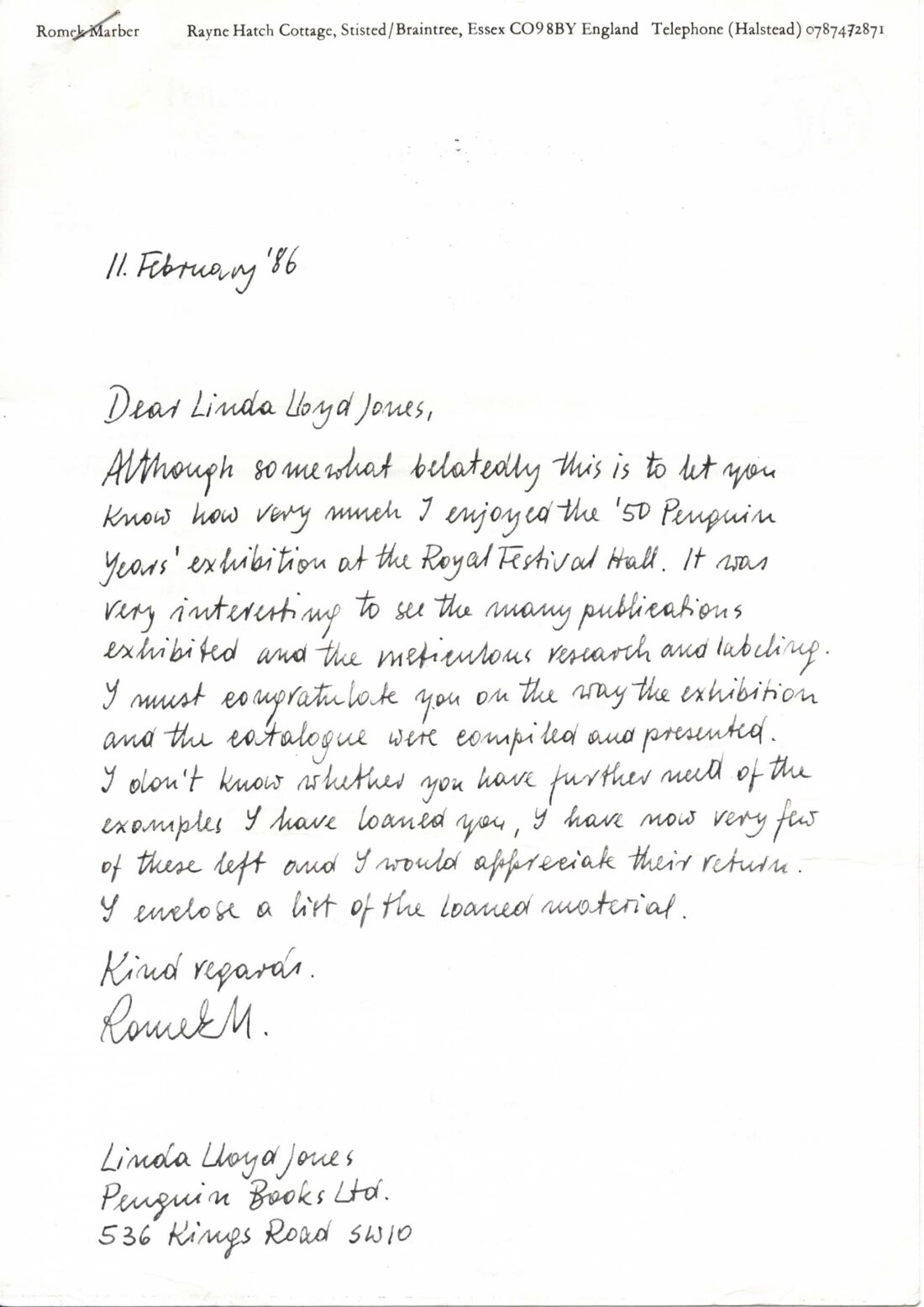 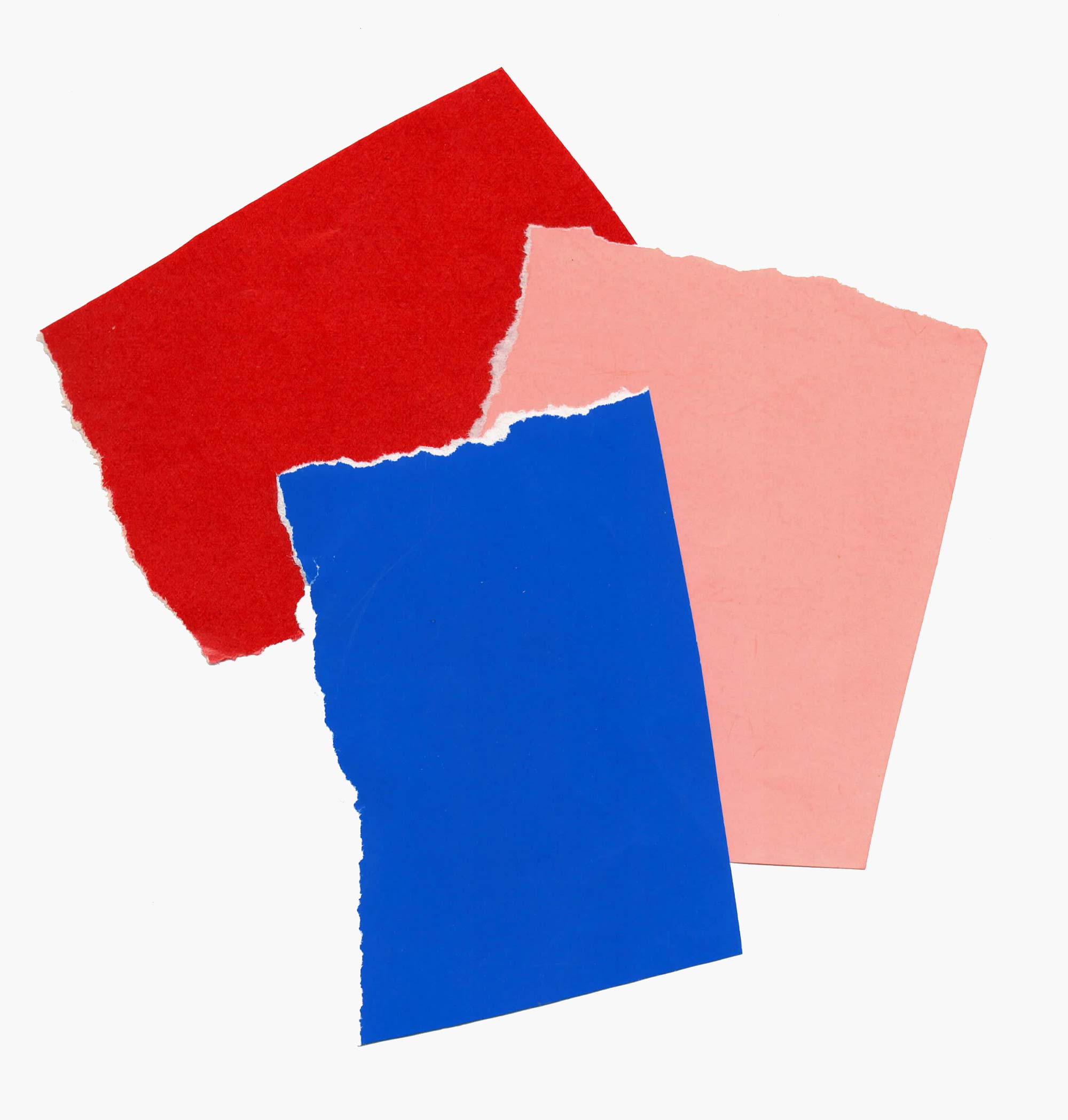 In 2005 Penguin Books celebrated its 70th Anniversary with a range of events and product launches to commemorate the success of Allen Lane’s original vision. These celebrations included examples of Marber’s previous work, and his final Penguin cover design for John Updike’s Three Trips, forty-four years after his first commission from the publisher. Marber also gave a talk as part of the ‘Penguin By Designers’ study day held on Saturday 18 June 2005 at the V&A Museum, London, arranged by the Penguin Collectors Society and presided over by the designer and author Phil Baines, who later incorporated the study day designer talks into a successful book of the same title. See more 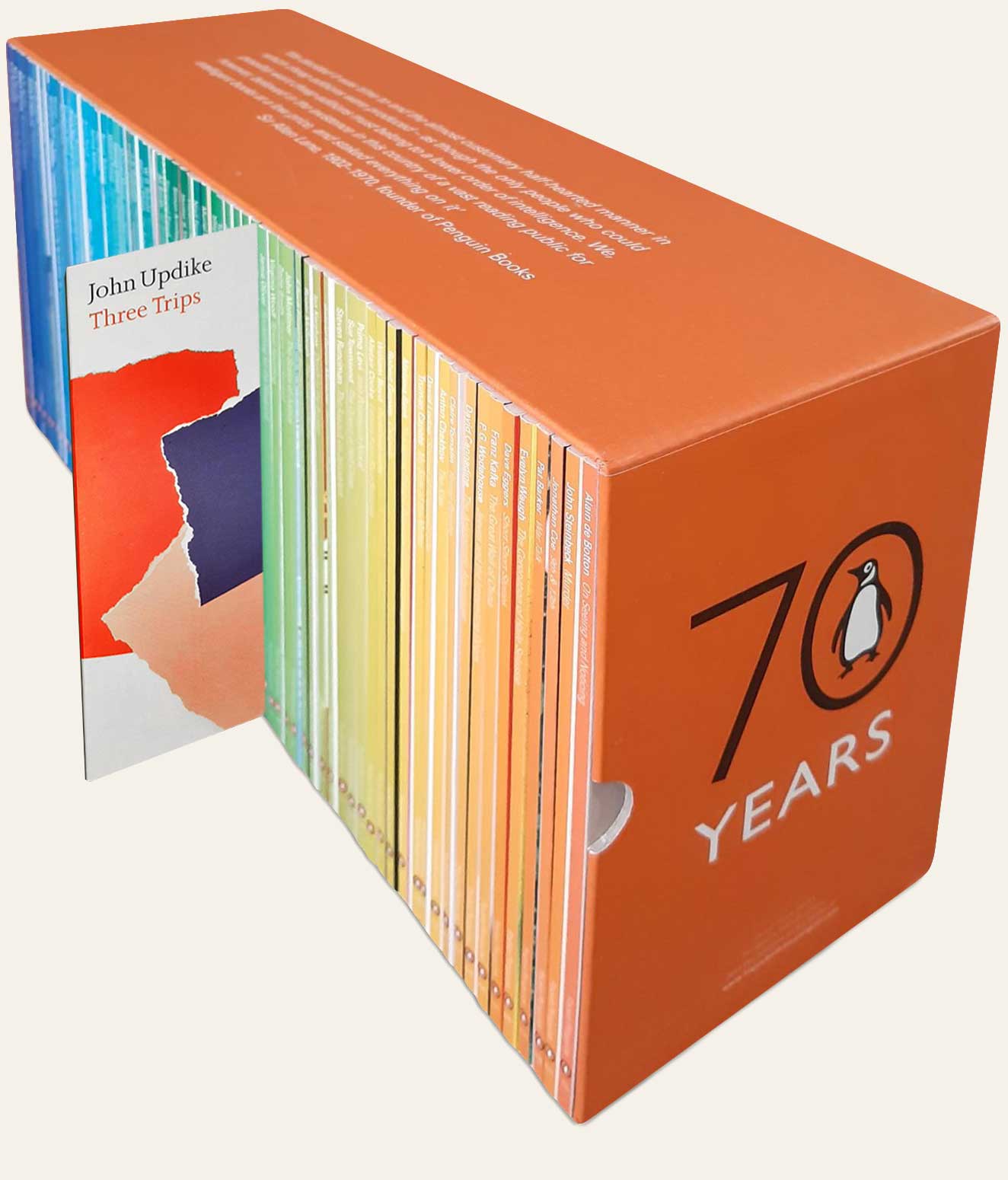 70 Years: 70 Pocket Penguins
In 2005 Marber was asked to design a new cover for John Updike’s Three Trips to celebrate Penguin’s 70th birthday; this would be his final cover for Penguin. Fittingly, the design retained key elements of his influential Grid, still a defining house style for the publisher’s covers, almost fifty years after Marber devised it. His Three Trips design was part of a special Pocket Penguins box set of 70 titles published by Penguin Books to mark their Platinum Anniversary: “Every book tells a story … And the 70 titles in the Pocket Penguins series are emblematic of the renowned breadth and quality that formed part of the original Penguin vision in 1935 and that continue to define our publishing today. Together, they tell one version of the unique story of Penguin Books.” 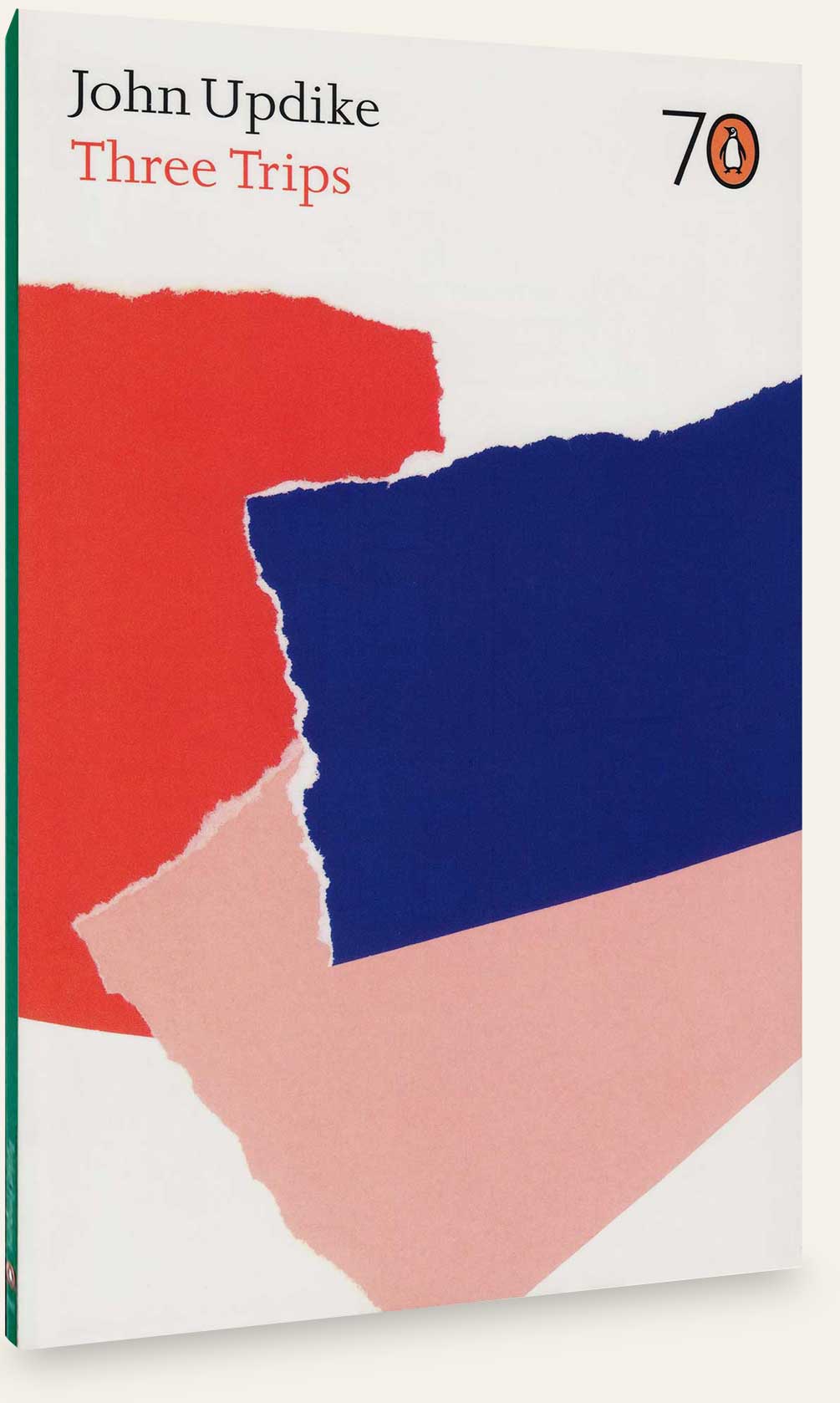 Postcards From Penguin
The collection of 100 postcards each featuring a different and iconic Penguin book jacket was released in 2009. Devised as a celebration of Penguin cover designs throughout its history, it was timed to celebrate Penguin’s 75th anniversary in 2010. From classics to crime, over 70 years of British design are represented in this box set. In recognition of his extensive contribution and significant innovations, it features several of Marber’s Penguin Crime covers, and illustrations by other designers that use the Marber Grid. 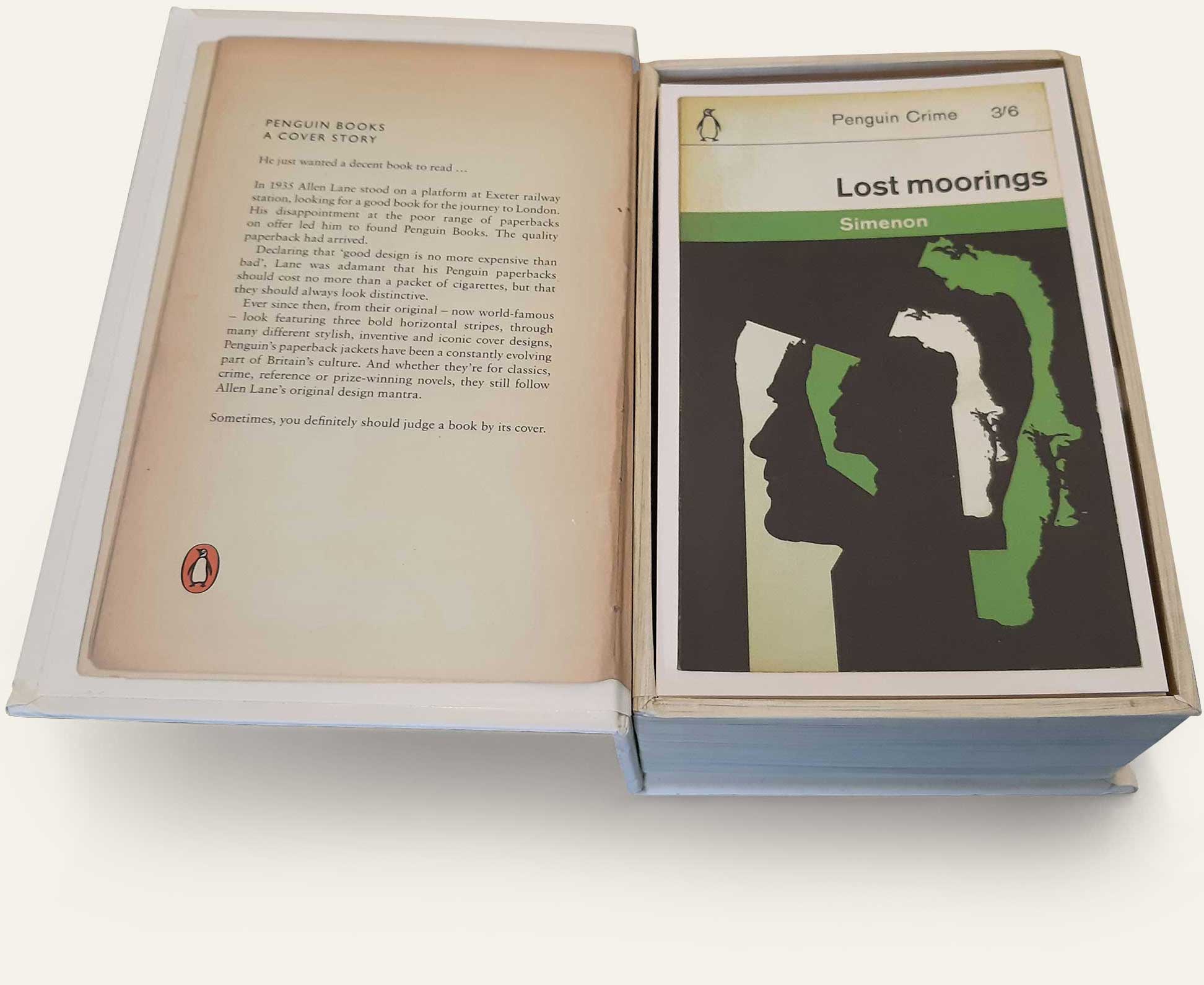 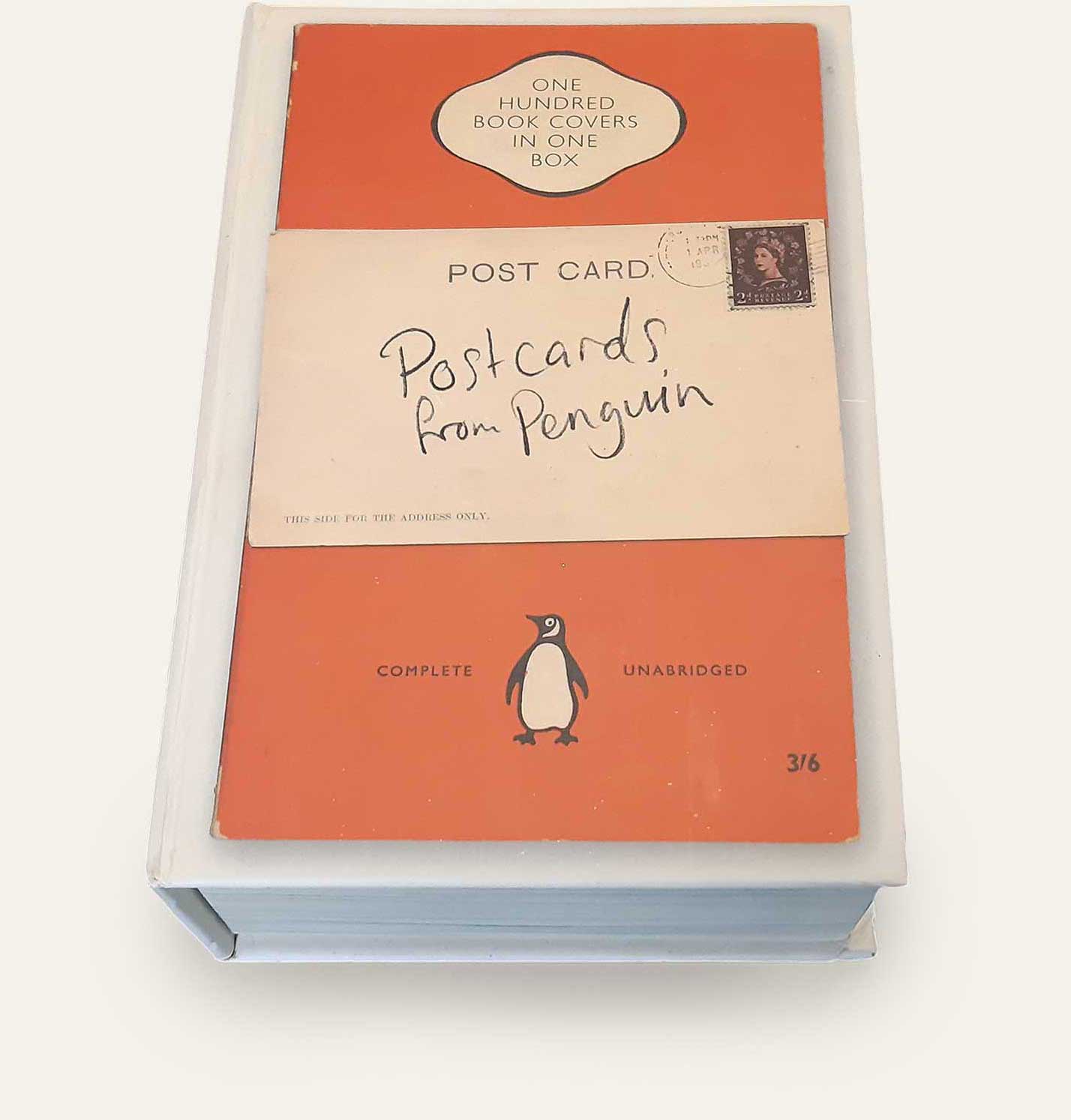 Fifty Penguin Years
30 July 1985 marked the fiftieth anniversary of Penguin Books. It was celebrated throughout the world via a range of special publications and exhibitions. A major retrospective of Penguin books and their covers was held at the Royal Festival Hall in London and this illustrated Marber’s iconic Grid cover redesign and his many individual covers for the publisher through a selection of titles he loaned for the exhibition. Also included were various Penguin publicity posters and leaflets designed by Marber, and other designs which he had created for The Economist and The Observer. 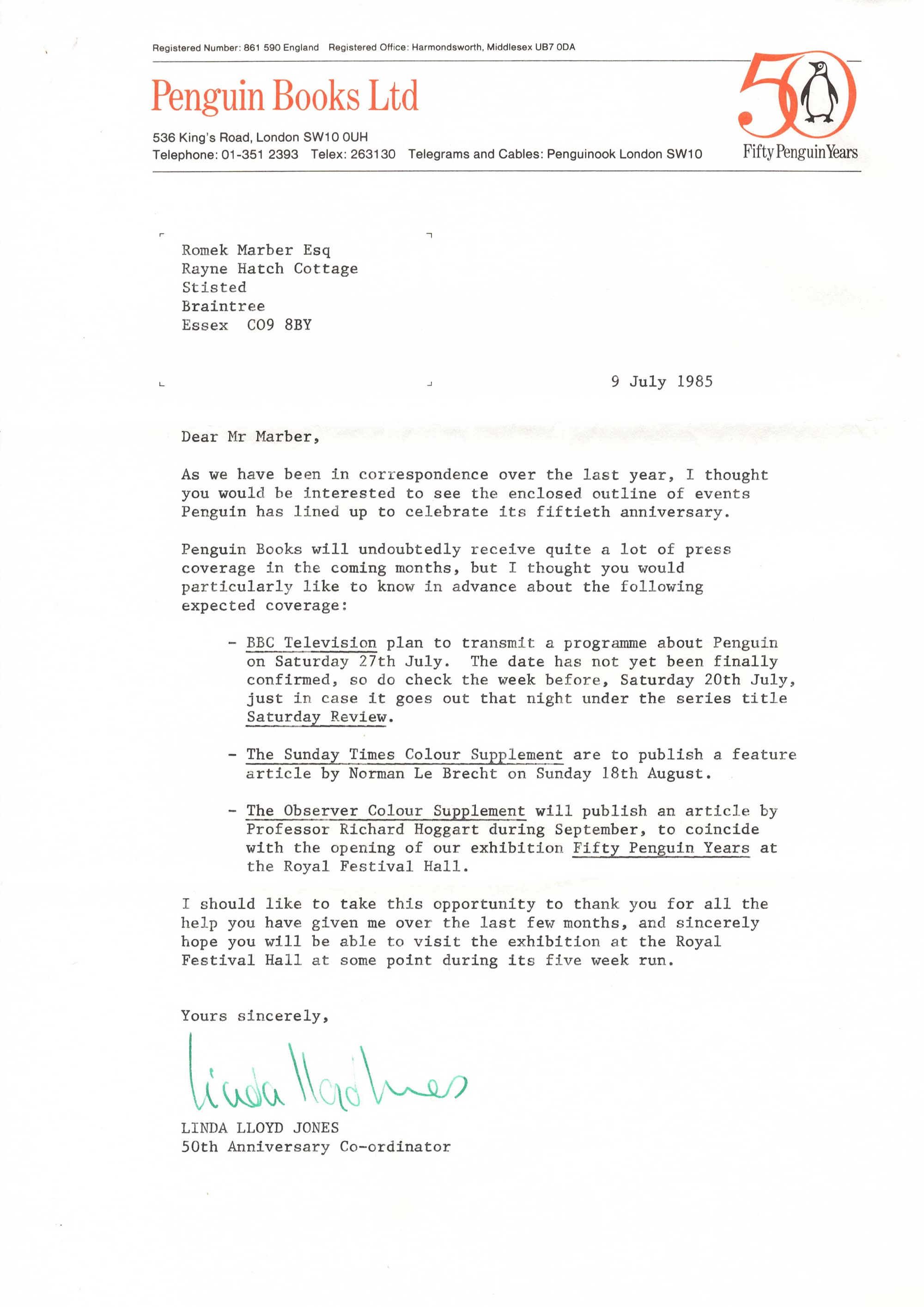 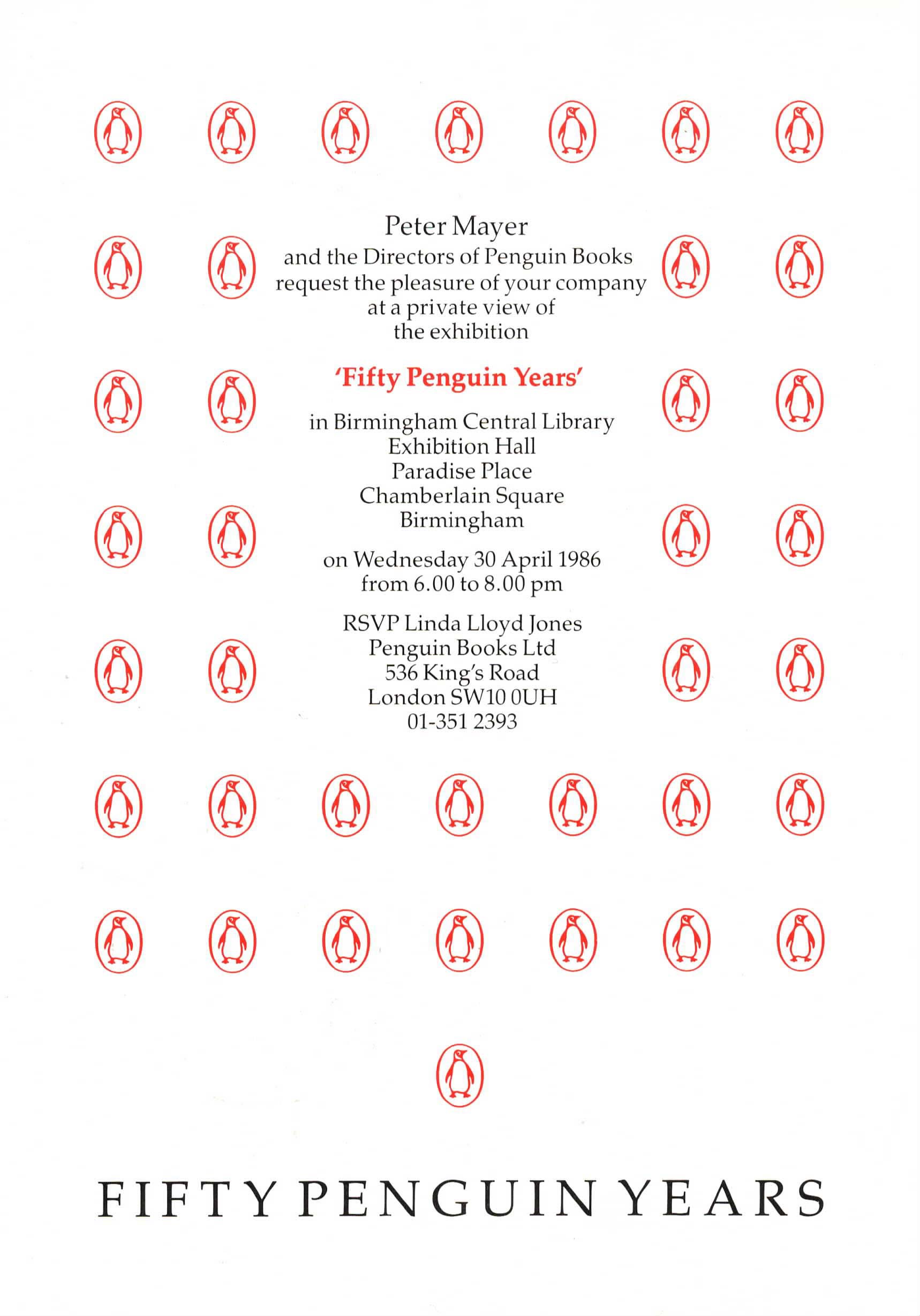