The summary of Romek’s Artists’ Lives recording (reference number C466/226) can be found in the British Library’s Sound & Moving Image catalogue. The recording can be heard at the British Library although, due to Covid, there is a restriction on numbers able to visit at present. To make an appointment to hear the recording contact listening@bl.uk or call 020 7412 7418.

To search their catalogue here: Sound and Moving Image Catalogue and you can find out more about the project on the Artists’ Lives website. 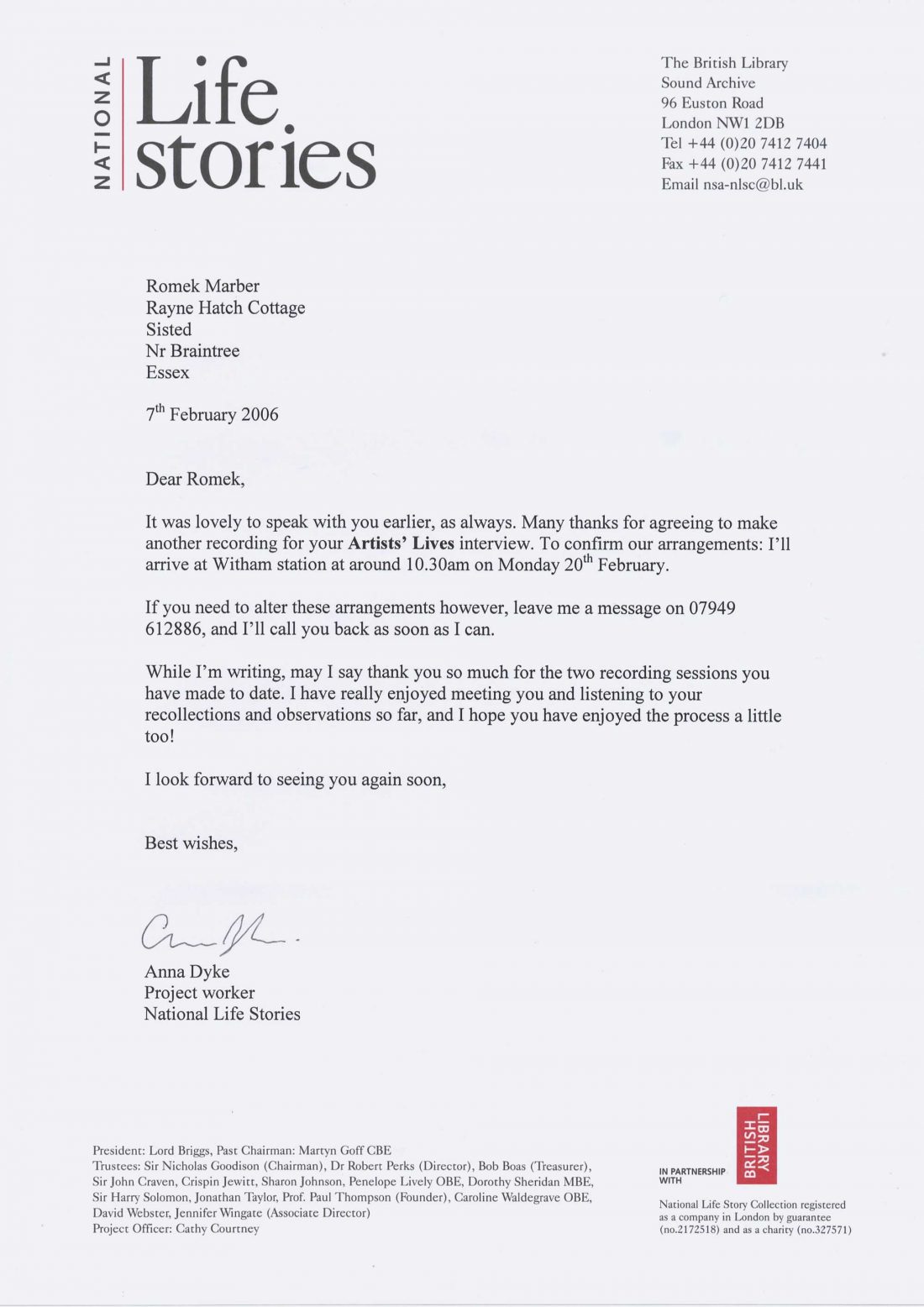 National Life Stories (NLS) is an independent oral history charity, based in the British Library. During 2005-6 Romek created a 16-hour life story recording for NLS Artists’ Lives project, working with interviewer Anna Dyke. His recording is important to NLS for many reasons. It allowed Romek to narrate his story in his own words, detailing his training, the people who influenced him, the evolution of his working methods and his career choices. In addition to its overt subject matter, importantly, the recording captures Romek’s voice and, through this, aspects of his personality in a way that written text could not. His recording relates to others in the British Library oral history collection, for example, that of his contemporary and fellow graphic designer Alan Fletcher, those who took part in Book Trade Lives, and those who have contributed to Living Memory of the Jewish Community.