New Society was a weekly journal. It began publishing in 1960 and was absorbed by the New Statesman in 1998. Its income derived largely from advertising jobs in the social services. Contents were over a wide range, dealing mainly with social issues, such as planning and education. It was also topical, and included sections on the arts, theatre, architecture, film and book reviews. As well as distinguished academics, among the regular writers, commentators, critics and reviewers were Angela Carter, Reyner Banham, Dennis Potter, Colin MacInnes and John Berger.

The general layout of the magazine followed a design prepared by Germano Facetti. Feature articles, typeset in Linotype Times, were arranged in two columns, with an additional narrow column that could carry captions and would allow illustrations to extend beyond a single column width or, on occasion, to take up the full text measure. The article pieces and reviews were set in three columns. The inside pages were in black only. The cover allowed for black and one colour. Below the standard masthead in bold Helvetica was a list of the the main articles in the issue, typeset in Univers Bold capitals in single lines and separated by fine rules. Typesetting for the cover was composed by hand and the lines of type produced by a Ludlow linecaster.

New Society was printed by letterpress. The printer was the publisher of a local newspaper, Bucks Free Press, based in High Wycombe. Early each Wednesday morning staff from the magazine’s London office travelled to the press to read proofs of the pages and the cover. Printing took place that night ready for distribution the following morning, when copies appeared on the newsstands. If much of the circulation was to subscribers, the cover was important in point-of-sale display, where it competed for attention with other weeklies, in particular with the New Statesman, The Listener, and The Spectator. New Society was unique in attracting attention by a large illustration, photograph or graphic design.

In the editor’s office on a Thursday morning the staff, with the new issue in their hands, might comment, but the main purpose of the meeting was to discuss the next issue. The lead article would be chosen and probably have been already typeset. This would in most cases be the subject for the cover. It was left to the art editor to choose a designer or illustrator. In the early 1960s New Society engaged some well-known artists for cover designs, Peter Blake and Ron Kitaj among them. The art editor would telephone to see who was available to do the job. He had a list of colleagues whose work he admired and several whom he knew personally. If text of the article was available it was posted to whoever was commissioned; if not, the art editor, gaining some idea of the article’s topic from the writer or from the editor, would brief them over the telephone. It should be remembered that this was before the widespread use of the computer, before the internet and e-mails and with only crude photocopying machines.

The designer would produce artwork ready for repoduction, normally what was to be printed black was on white board with the colour printing drawn on an overlay of matt acetate film. Deadline for delivery of completed artwork for the design was Monday morning, when it was shown to the editor for approval. There was little time for second thoughts, as the schedule dictated that on Monday not later than 5.30pm the printer’s messenger would take the designer’s artwork or the illustrator’s drawing to High Wycombe for photoengraving. Proofs were returned the following day. It was not unusual for an illustrator to make a drawing for the cover and one or two for the editorial pages. 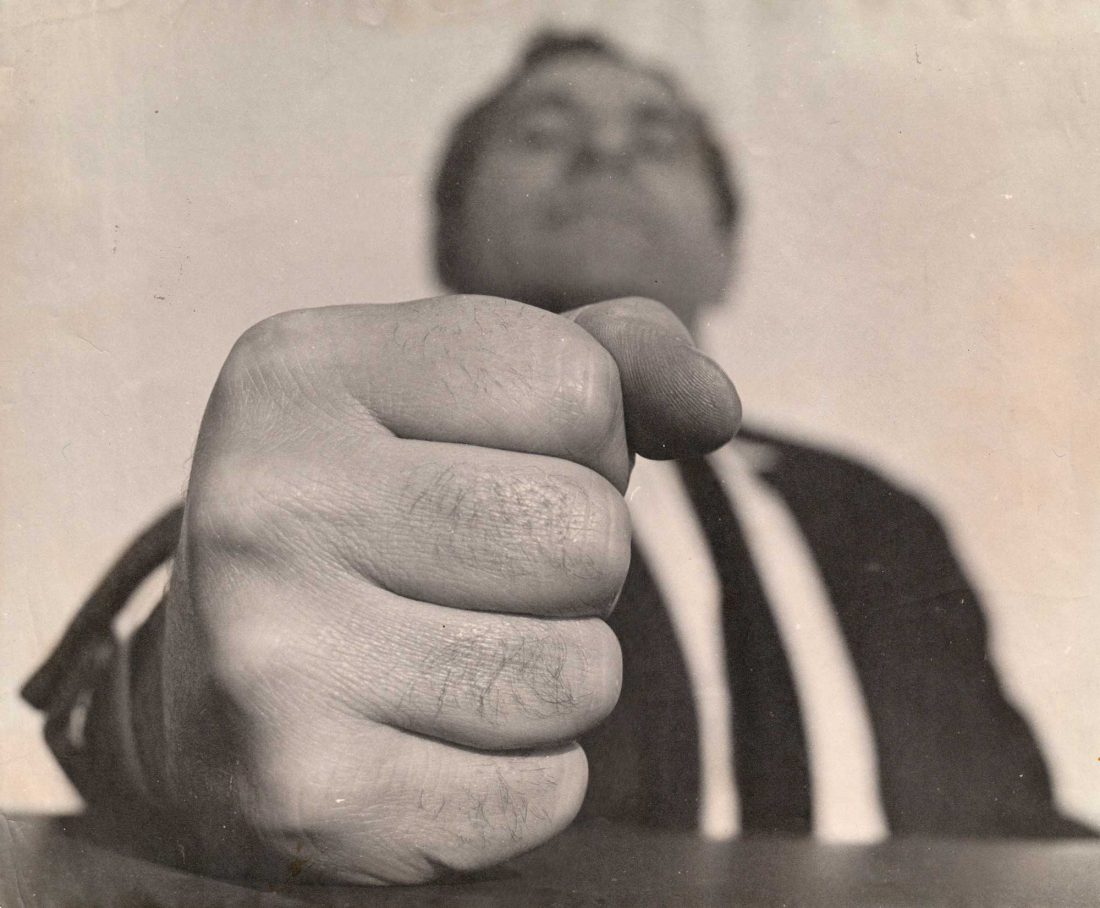 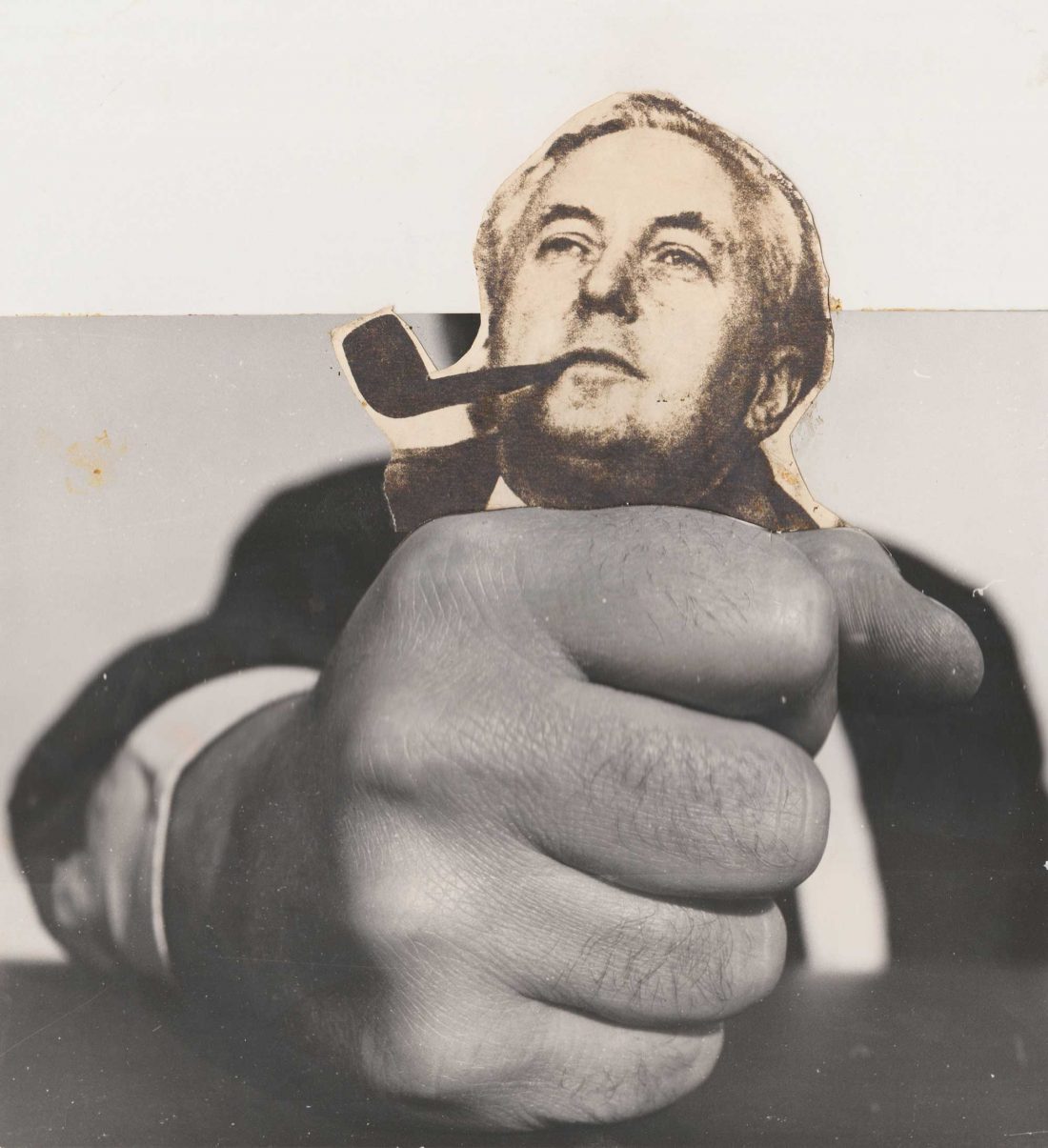 From the late Fifties into the sixties graphic designers seemed to know each other and there was a kind of respect and lack of competitiveness that has gradually disappeared. Some designers were better known than others but the rise of the ‘celebrity’ designer – better known for their celebrity than for their standing with other designers – took away a lot of their friendly sociability and enjoyment of shared values.

Romek was one of the few graphic designers who were also illustrators and photographers. His very close friend Dennis Bailey was another, and both were a natural choice to provide covers and drawings for New Society. There was rarely more than three days between the commissioning of the cover to delivery of the finished work. It was an advantage that Romek lived in Central London and would be sent proofs of the relevant article, by post or by motor-cycle messenger on Thursday. Telephone discussion with the art editor would follow and the deadline for receipt of the artwork was the following Monday. There was little time for second thoughts, as the schedule dictated that not later than 5.30pm on the same day the artwork was sent by messenger to the printer’s. Read more 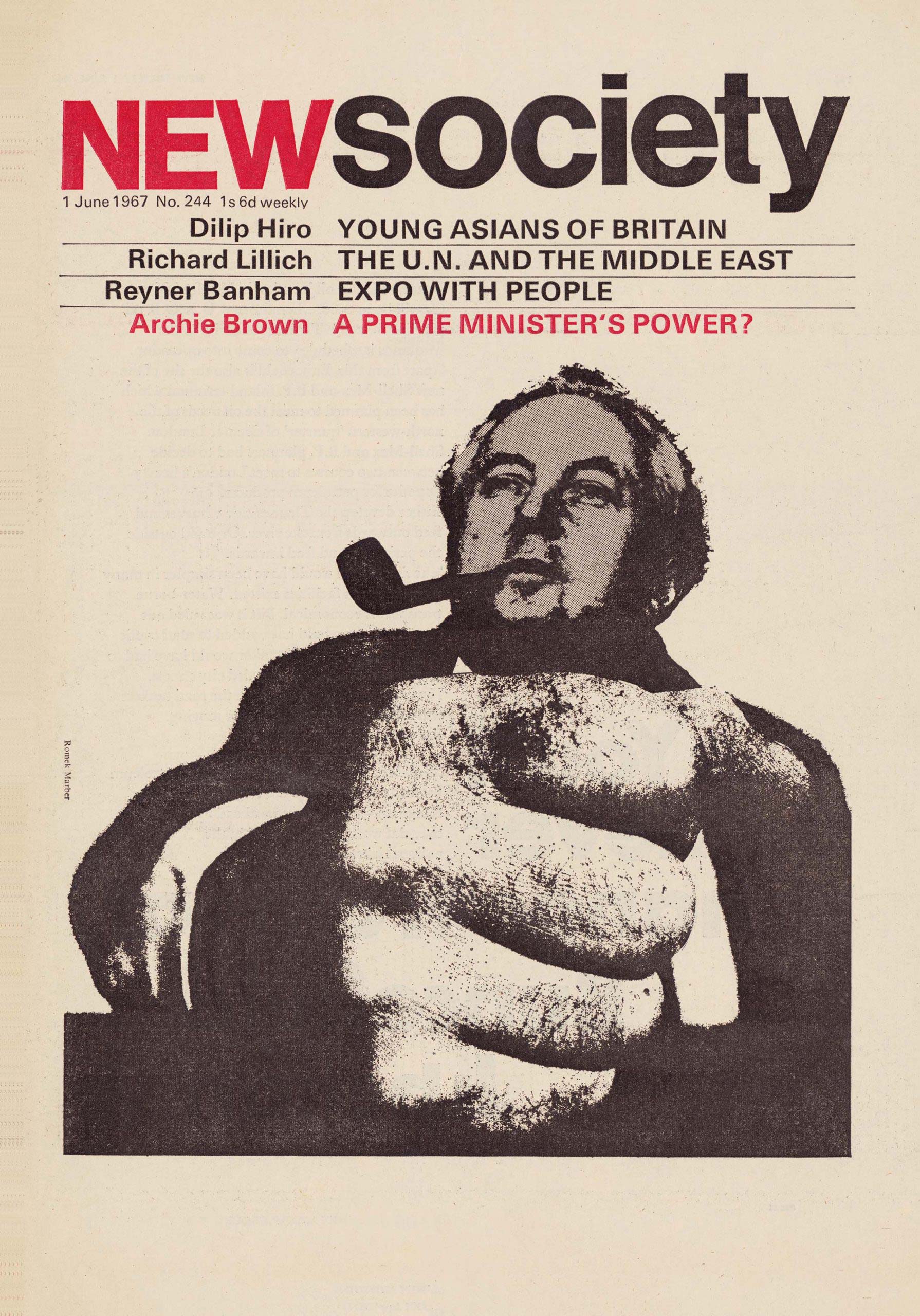 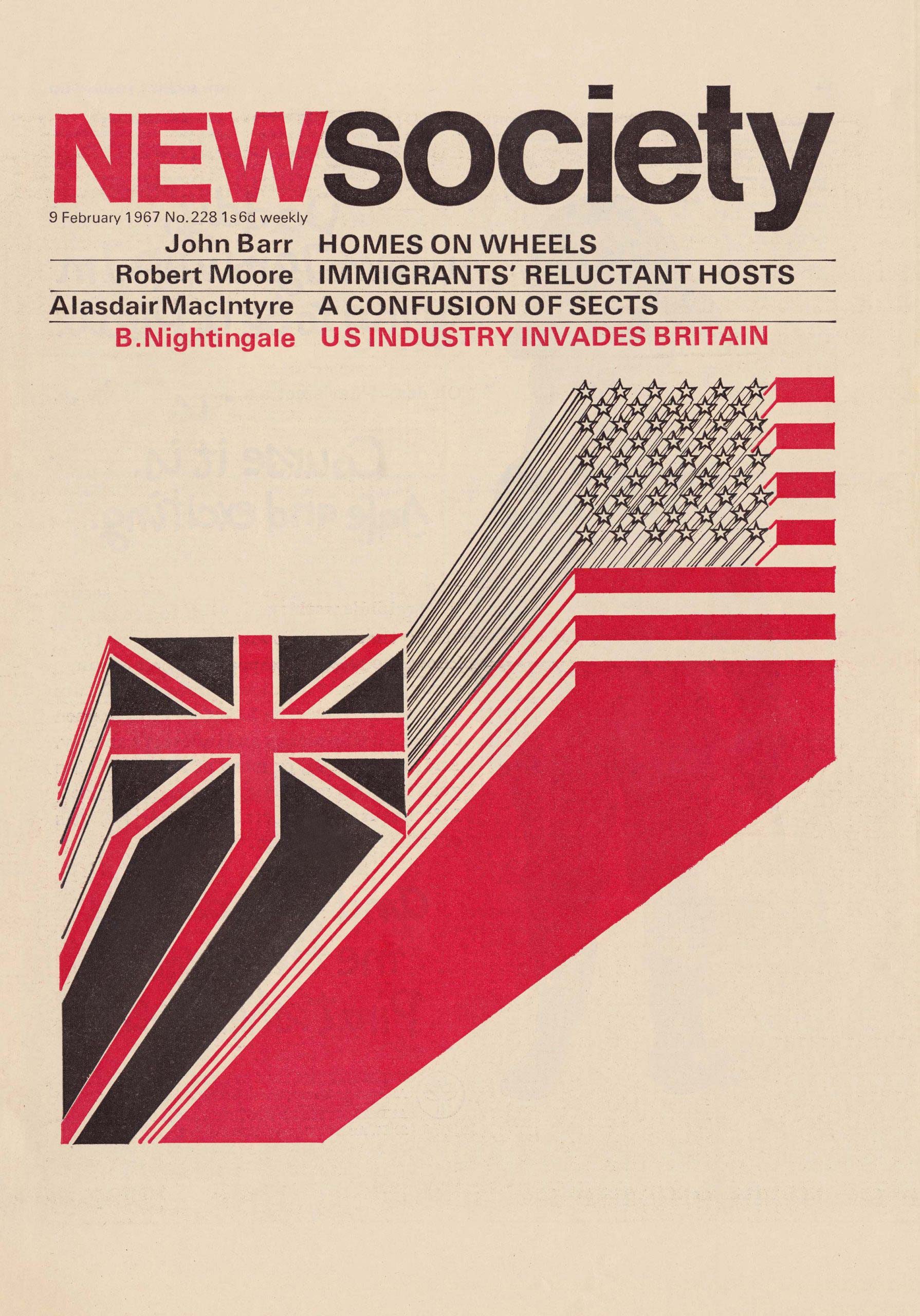 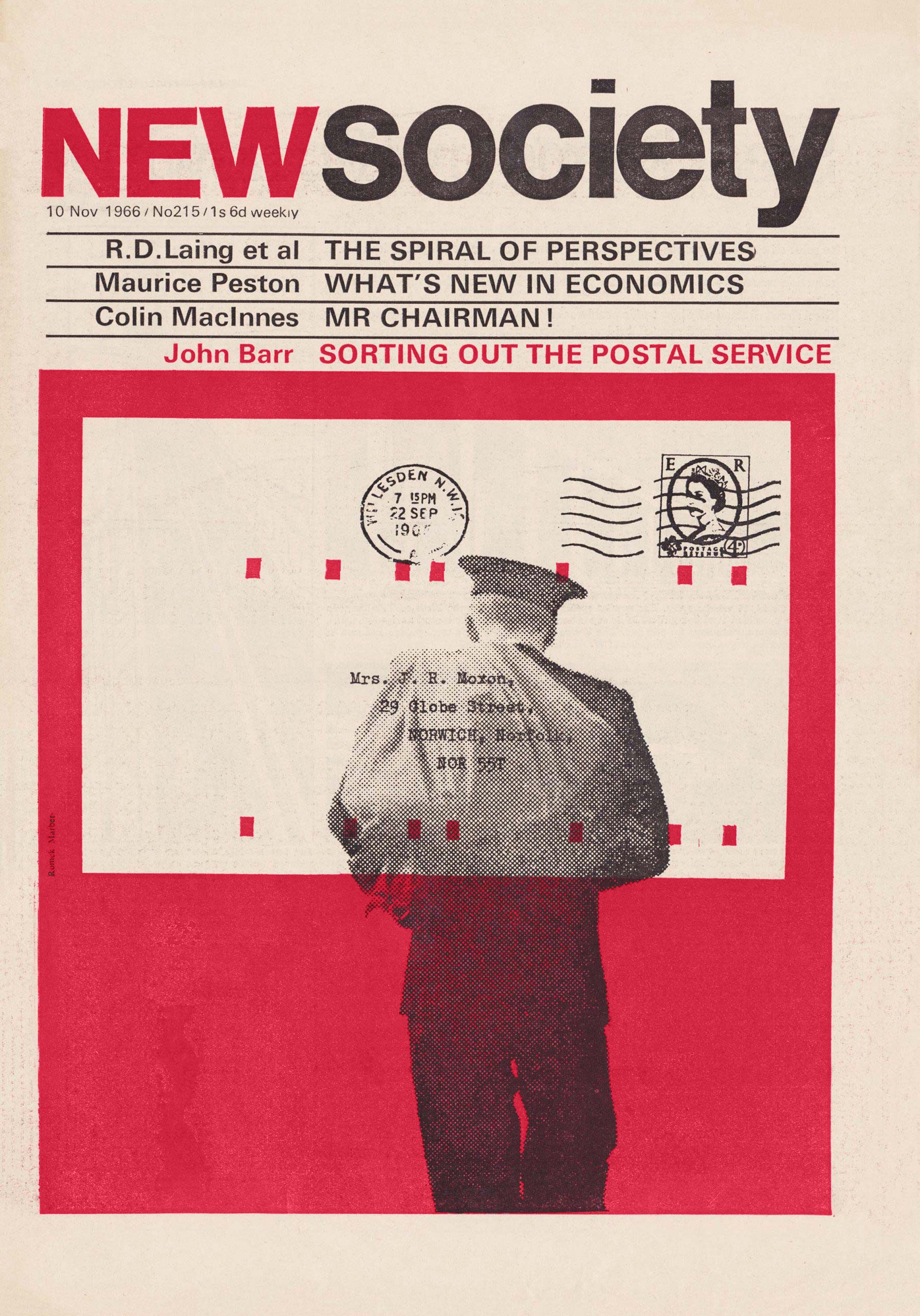 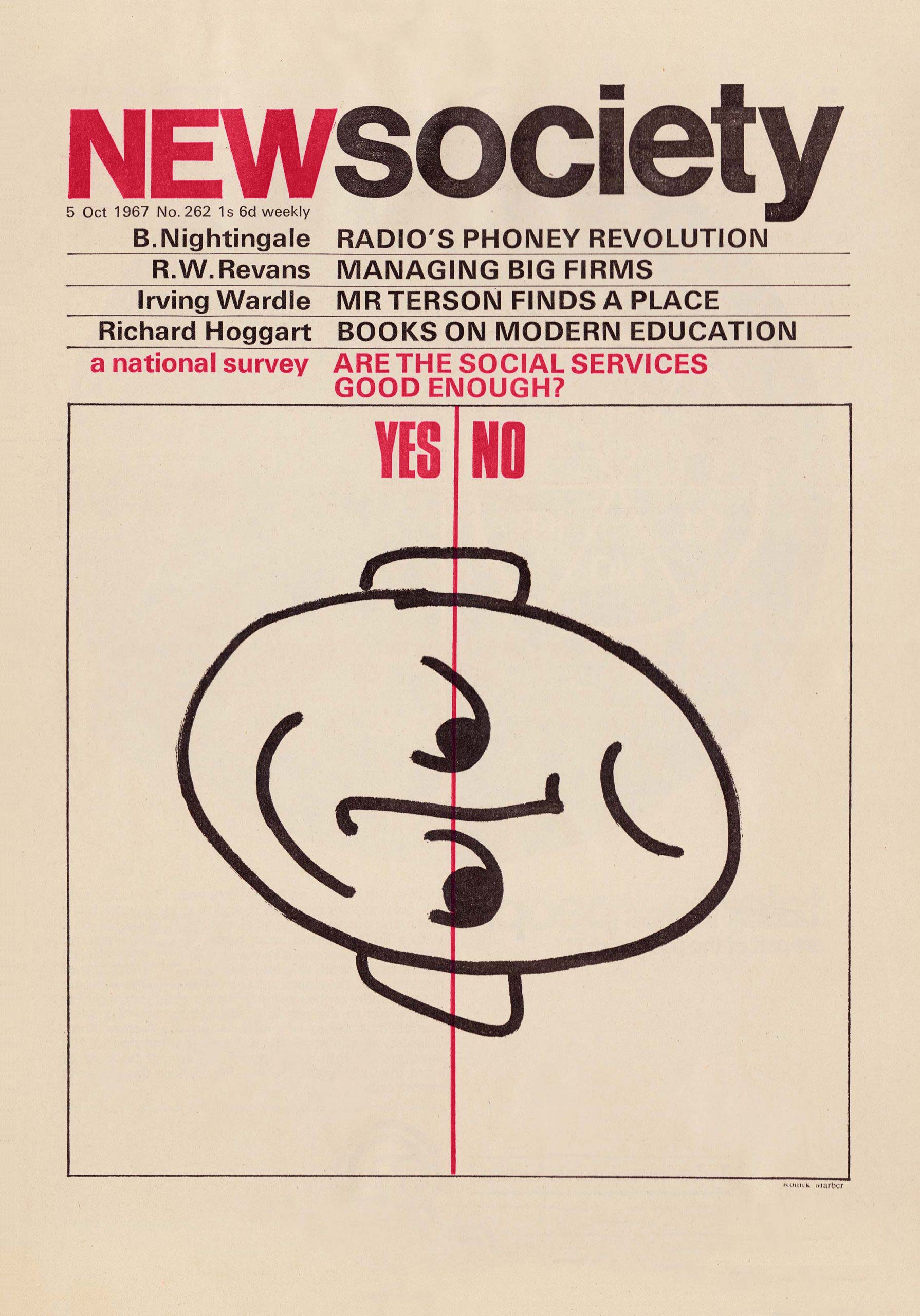